Review of Come Around Sundown Album by Kings Of Leon

When Kings of Leon were booked to headline the Friday night at Glastonbury 2008, those that had followed their career through three exquisite albums smiled and nodded that one of the greatest bands of the last decade was finally getting the mainstream recognition they deserved. The Followill's debuted two new tracks that night, opening with a pulsating 'Crawl' and placing slow-burning 'Manhattan' in towards the end. It was a taster for record number four 'Only By The Night', due out some three months later. 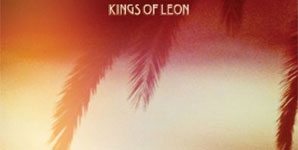 Whilst that Glastonbury set may have widened the KOL radar, 'Only By The Night' catapulted them into superstardom. Everybody bought that album. People who only own three albums in their car bought it for fucks sake. ABBA Greatest Hits, Savage Garden and now Kings Of Leon. And so it began. The biggest divide since the American Civil War. Suddenly there were two camps. The former having supported KOL from day one and the latter thinking 'OBTN' was a debut record. Academy-sized venues had long turned into Arenas and slurred Southern drawl became eloquent Brit Awards speeches.

Well two years on since that release comes album number five, 'Come Around Sundown', and it's fair to say, it's more hotly anticipated than any of its preceding relatives. The verdict? Somewhat predictably, is that it will be another victory for the masses. KOL both peaked and exhausted their career with 'OBTN's 'Use Somebody', a sing-along of epic proportions, written to be played in huge venues, and number five continues in this vein. There's little tempo change, no rawness and definitely nothing to dance to. To compare KOL to U2 would be too insulting but having toured with them across America, the influence is clear.

On first listen, 'Radioactive' sounded flat but against the rest of the album it's the obvious single choice. The children's choir in the video is too much to bear from a band that used to be known as some of the biggest caner's in the business. Yet on subsequent listens, it proves to be a grower. Opener 'The End' needs no second listen. There are huge crossovers with 'OBTN's 'Closer,' with a screaming, thundering bassline against trademark drums and Caleb's eyes-closed refrain 'this could be the end..' It is. Placing 'The End' at track one is very deliberate. It may as well come with a huge waving hand. Goodbye old friends, thanks for your support, we're off to make our fortune.

That said, 'Come Around Sundown' isn't a bad record. The highlights fall at tracks five and six. Piercing, rippling guitars underline personal heartache on 'The Face' as Caleb's rasps over and over 'ride out the wave.' It's pure. So too is 'The Immortals' which is the lead singer's future message to his would-be Grandchildren and through a rush of rhythmic waves, one of the strongest chorus's of their career:

The message to be who you want to be is poetic, but is this really who KOL want to be? The feelings of inadequacy and inhibition are apparent throughout the album. In 'Pyro,' Caleb sings of a world so imperfect that it has to be burnt down. Whereas in 'Pickup Truck' he showcases romantic failings that stationed at the end of the album, have no possible chance of resolution. Maybe the superstar designer shirts really aren't that good a fit after all.

KOL have historically kept things simple. No pyrotechnics; no gimmicks; no chat. Just great music. For the most part that hasn't changed. 'Come Around Sundown' is well written, well performed, emotional music by four outstanding musicians. The problem is it is safer than a Jessica Fletcher Tea Party with bubble wrap on the saucers. A tea, a scone and an early night. With their hedonistic days seemingly behind them, this is maybe what passes for a wild night for the modern-day Followill clan. Bore off.

The Kings as we loved them are dead. Long live the Kings.