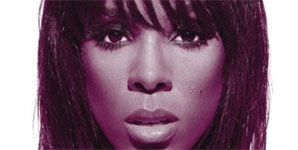 Review of Here I Am Album by Kelly Rowland

When one of your former band mates is Beyonce, you're going to be pretty hard pushed to have a more successful solo career. Kelly Rowland, one of the founding members of Destiny's Child, had a sluggish, up and down start to her solo career; she released her debut solo album in 2002 and then its' follow up in 2007, though in the meantime, she also achieved a worldwide number one with her collaboration with Nelly on 'Dilemma'. Now, quite some time after her 2009 number one collaboration with David Guetta 'When Love Takes Over', Rowland finally pushes out a third full length attempt. It's a solo comeback that's very timely; not only with the latter stages of X Factor, Rowland's recent judging/mentoring venture, but also with something of a step down of her pregnant former band mate from the public eye, musically at least. Regrettably though, the seventeen track marathon Here I Am falls victim of mediocrity.

'I'm Dat Chick' opens with Rowland's solo vocal before the R&B beat kicks in; it's a confident Scherzinger-esque sound but with minimal accompaniment other than its' pounding beat and interjections of various synth riffs, occasional chords. 'Work It Man', featuring Lil Playy, continues with a similar groove underpinned by a strong fuzzy bass synth riff that continues throughout, with obvious similarities with former band mate Beyoncé. An album quite heavy on the collaborations, 'Motivation' - more of a down-tempo track that showcases Rowland's flexible sung vocal instead of her shouting and rapping - features a rap from Lil Wayne, whilst 'Lay It On Me' is effectively a familiar sounding catchy chorused track sandwiched between two Big Sean raps. 'Feeling Me Right Now' opens with a piano and synth string introduction before the bass drum pounds in; steady half time verses lead into more forceful choruses but even five tracks in there's already an unfortunate feeling that every track just blurs into the next.

From a big-synth, kicking-beat opening, a strong riff runs throughout 'Turn It Up'; there's a rhythmic vocal line running with a busy drum part during the verses whereas the soaring chorus vocal provides something of a contrast. Seven tracks in, Rowland slows down the tempo and finally begins to come into her own. 'All Of The Night' (feat. Rico Love) is a down tempo, sensual, lights down low kind of a track that feels much more comfortable with a mellower blend rather than the competitive R&B frenzy; this highlights much more of Rowland's singing rather than speaking. 'Keep It Between Us' follows in a similar comfortable vein, mellow and steadily paced, which really showcases Rowland's belting powerful vocal alongside a tender whispered vocal rather than being over complicated with layer on layer of forceful beat. Before we know it though, Rowland is already strutting back with a confident, pounding club dance track 'Commander'; recent single 'Down For Whatever' also has another swaggering pound to it, though complete with an undeniably catchy, movement-inducing chorus and infectious synth riffs layered over the thudding beat. This is strongly contrasted by the piano-accompanied ballad 'Heaven On Earth' which is underpinned by a gently throbbing heartbeat-like drum and rich, vibrato-laden cello. Again, this is Rowland's vocal at its best; expressive, powerful and warmed with a tender vibrato.

'Each Other' eradicates the beauty with its very strong intrusive kicking beat but Rowland's vocal continues soft and sensitive over the stomping pound beneath. The chorus particularly shows a lush smooth melody and the higher end in Rowland's range. Led by a piano riff sounding akin to Coldplay's 'Clocks', 'When Love Takes Over' is Rowland's number one collaboration from 2009; the first opportunity she has had to track list this release on a full-length album. This collaboration is an undeniably strong track with both a pounding synth-ridden dance groove and a soaring melodic chorus; if only Rowland could fuse the two so successfully more frequently instead of offering such an inconsistent and average album release.