By Steven Williams in Music / Festivals on 21 August 2013

After the tremendous success of 2011's 'Making Mirrors' and it's hit single 'Somebody That I Used To Know', Gotye is struggling to follow up with a new album.

Singer/songwriter Gotye is reportedly having some trouble putting the finishing touches on his new album. Gotye is currently working on the follow-up to 'Making Mirrors', his 2011 album containing the hit single 'Somebody That I Used To Know', however his progress has been hampered by a sudden ''hurdle'' and he believes the new album will still take a while yet.

Related: 'Somebody That I Used To Know' Wins Two Grammys But Can We Expect More Success From Gotye?

Wally De Backer, who is better known by his stage-name Gotye, told FasterLouder.com.au: ''I've started a bunch of ideas that I really like, but I just seem to have hit a bit of a hump in terms of how I'm connecting that with moving them forward into finished pieces or into songs. When I think about it, it's quite similar to the experience I had in previous years trying to make records: there are always certain bigger hurdles you hit, and you wonder whether you're actually getting anywhere, but maybe you do actually have a lot of stuff under your belt. Very broadly that's where I'm at, I'm just working away.''

Continue reading: Why Did Frank Ocean Not Win More At The Grammys?

At last night’s Grammy awards (February 10, 2013), Gotye’s ‘Somebody That I Used To Know’ brought home two awards (and the album Making Mirrors also took one home), for Record of the Year and Best Pop Duo / Group Performance (the song features vocals from Kimbra). So what made this song, from a relative unknown, so hugely popular?

‘Somebody That I Used To Know’ was originally released back in 2011 on the Australia label Eleven Music. Recording company Giant Universal soon caught a whiff of its potential though and re-released the track, which has slowly wormed its way into public consciousness. In fact, it’s so firmly lodged in the global consciousness, that the song, from the unassuming Australian-Belgian songwriter has now sold over 10 million copies worldwide, with 7 million copies shifted in the US alone. Can you name any other Gotye songs though? Nope, us neither. But we know this one inside out.

This is a curious case of the appeal of the song being in the song itself and not the artist, it would seem. We’ll bet the majority of our readers could hum a bit of ‘Somebody That We Used To Know,’ but could you pick Gotye’s Wouter De Backer out of a line-up? We thought not. ‘Somebody That We Used To Know’ truly is a miracle of word of mouth and the power of song. With a little bit of celebrity endorsement along the way that is.

Continue reading: 'Somebody That I Used To Know' Wins Two Grammys But Can We Expect More Success From Gotye?

Gotye Ya! Psy's Gangnam Style Is Most Watched YouTube Of All Time

To clarify, Gangnam Style isn't just the most watched music video of all time, it's the most popular video full stop. Artists and comedians are increasingly using the sharing website to promote their material and it's clearly working with the right videos. "It definitely suggests that there's change afoot," said James McQuivey, an analyst with Forrester Research. "I don't think the change is about one form of entertainment replacing the other. It's about the expansion of the platform to include more things. That will continue." The website now attracts more than 800 million users, who watch more than 4 billion hours of video a month. Gangnam Style, which spread from Asia to the United States and Europe, illustrates the true power of the internet influencing popular culture. "A lot of people are used to us having an insular pop culture, where everything is originating out of the U.S. and spreads to other parts of the world," said YouTube trends manager Kevin Allocca, "YouTube is a global thing - 70% of YouTube's views happen outside of the U.S. You have these things that are phenomena at a global scale."

Psy's breakout video overtook Gotye's 'Somebody That I Used To Know' as the most watched YouTube video of all time, with the Kony 2012 clip in third place. 'Call Me Maybe' by Carly Rae Jepsen and the Barack Obama versus Mitt Romney Rap Battle rounded out the top five.

Continue reading: Gotye Ya! Psy's Gangnam Style Is Most Watched YouTube Of All Time

Adele has topped off yet another remarkable year by being named Billboard's top artis of 2012, whilst her second album, the hit 21, was named top album of the year in the music magazine's annual review.

The Brit singer, who also won six Grammys in February this year, was also crowned female artist of the year by the magazine too, with Canadian R&B artist Drake taking the male equivalent home. Meanwhile, fellow Brits and former X Factor contestants One Direction rounded off their phenomenally successful year by being named top new artist, but were beaten to the post of top group by Maroon 5.

In the singles department, the magazine deemed that Gotye's 'Somebody That I Used to Know,' Carly Rae Jepsen's 'Call Me Maybe' and Fun's 'We Are Young' as the top three tracks in that order. Each of the lists are based on chart performance, as well as streaming and social data.

Brits And Online Hits Take Over The 2012 Billboard Charts

The Billboard chart holds few surprises this year as British boyband One Direction took the top spot for new artist or group.

It’s been the year of the British invasion of the American charts, with the UK act’s success and Adele topping the charts in five categories – best album, artist, female, Billboard 200 artist and album. The diva is on a roll, but who can argue with that? Even those, who aren’t particularly fond of the Brit’s music (we haven’t met any so far) would have to admit that 21 is a solid album and well worth of the recognition it’s getting. Well, that certainly makes up for the single 'Skyfall' failing to top UK charts this year.

Some other notable additions to the chart are Drake, for best male and best R&B artist, as well as (can you guess?) Taylor Swift for best country artist in a turn of events, which surprised, well, no-one. Meanwhile, Gotye and Carly Rae Jepsen have been named 2012’s best selling acts. Perhaps this is a testament to the internet’s power in creating celebrities, but we’re more inclined to take it as proof of everyone’s love of incessant, easy-to-remember jingles. That isn’t to say of course, that we haven’t listened to Call Me Maybe a couple (hundred) times ourselves.

Grammy Nominations 2013: Who Will Win? Who SHOULD Win?

The nominations for the 55th Grammy Award Nominations in 2013 have officially been announced by the award's organisers. Here’s a run down of some of the main awards, and our tips for Grammy's Glory.

Album Of The Year:

Continue reading: Grammy Nominations 2013: Who Will Win? Who SHOULD Win?

It's fair to say that South Korean pop artist Psy's song Gangnam Style has become a truly global phenomenon, topping the singles charts of many countries and looking set to make a worldwide star of the hitherto unknown rapper. Its success comes squarely down to the video on Youtube though, the distinctive dancing that takes place within it making it a global sensation that could arguably take over even Gotye's Somebody I Used To Know (currently 324 million views and counting). In just three months, Gangnam Style has reached 227 million views, and it's a feat that's been recognised by the Guinness Book of World Records, who have awarded the artist a certificate for his prolific video.

"Having been the 'Have you seen this?!' video of the last two months across the web, it's great to be able to award a record for this tremendously popular video" said a statement reported by Prefix Mag. "In years past it was unthinkable that something would be viewed a hundred million times, and now "Gangnam Style" has achieved more than twice this figure in just three months on YouTube. PSY - your certificate is waiting here at our office, come pick it up any time!"

Currently Psy is on the top spot of the iTunes Singles Music Chart and Music Video Chart, he's also expected to top the Billboard Hot 100 Charts soon. And why? See for yourself below:

By Andy Peterson in Music Reviews on 06 January 2009 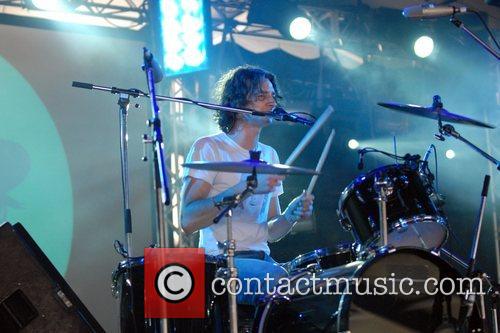