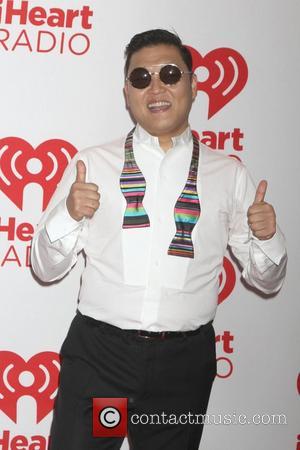 It's fair to say that South Korean pop artist Psy's song Gangnam Style has become a truly global phenomenon, topping the singles charts of many countries and looking set to make a worldwide star of the hitherto unknown rapper. Its success comes squarely down to the video on Youtube though, the distinctive dancing that takes place within it making it a global sensation that could arguably take over even Gotye's Somebody I Used To Know (currently 324 million views and counting). In just three months, Gangnam Style has reached 227 million views, and it's a feat that's been recognised by the Guinness Book of World Records, who have awarded the artist a certificate for his prolific video.

"Having been the 'Have you seen this?!' video of the last two months across the web, it's great to be able to award a record for this tremendously popular video" said a statement reported by Prefix Mag. "In years past it was unthinkable that something would be viewed a hundred million times, and now "Gangnam Style" has achieved more than twice this figure in just three months on YouTube. PSY - your certificate is waiting here at our office, come pick it up any time!"

Currently Psy is on the top spot of the iTunes Singles Music Chart and Music Video Chart, he's also expected to top the Billboard Hot 100 Charts soon. And why? See for yourself below: