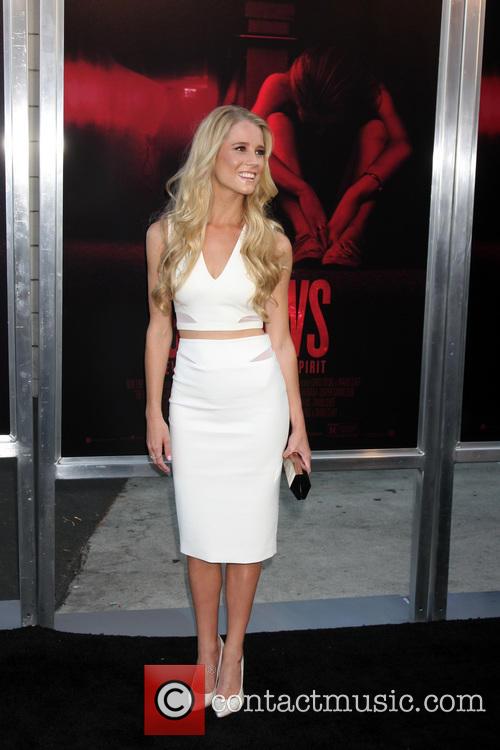 Since hitting the scene in 2006 with ground breaking debut 'Orchestra Of Wolves', Gallows have been arguably the UK's finest punk/hardcore band over the last decade. 2012's self-titled release remained a solid metallic hardcore record that wasn't slowed down by dynamic frontman Frank Carter being replaced by Alexisonfire vocalist/guitarist Wade MacNeil; they didn't lose any of their grit, ferocity or skill for writing a memorable song. So where does that leave latest release 'Desolation Sounds'?

'Mystic Death' kicks off the record with menacing riffs that feel like Slayer in their slower moments, but quickly merges with speedy punky riffs to establish that this is definitely still Gallows. It's a strong track to start the album with, but Gallows' signature crunch is abandoned with the title track, faint post-punk vocals replacing the usual shouting. This attempt at something different feels like there's a huge piece missing. It's dim, with little intensity or grip.

Luckily, the album does picks up with 'Leviathan Rot', the female spoken word vocals accompanied by relentless palm-muted chugging and jumpy, angular stomps while still leaving room for a swagger filled bass bridge. This is Gallows being unpredictable and pulling out all stops to make a heavy banger. 'Chains' has a ghostly start with angelic but moody vocals from Helena of Dios Mio, before Gallows at their loudest comes crashing in. It's a straight forward song, but there's such a level of intensity that it feels like so much more than what it is. Wade's vocals are harrowing as he pleads there not to be another 'violent summer' and spits 'sham rock 'n' roll' with disgust. Sadly, though, 'Desolation Sounds' rarely hits this level of quality again. 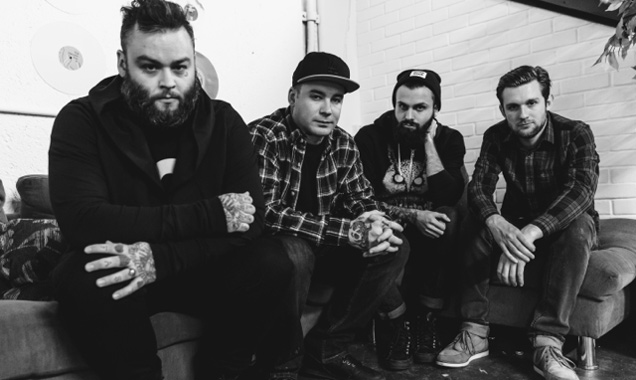 By David Straw in Music Reviews on 30 October 2012

The King is dead, long live the Kings.

After the events that unfolded in the summer of 2011, Gallows' autumn tour was always going to be something of an acid test for the band. The first headline run since the release of their self-titled album in September would be for many fans the first chance to see Wade MacNeil in action as frontman. This night in Nottingham Rock City's Basement proved beyond all doubt that the band have been freed from Frank Carter's albatross and that Gallows are still one of the most electric live bands of the generation.

Grey Britain's Misery is as worthy a set opener as any, serving as the spark that was needed to ignite the evening. The audience powder keg then promptly exploded to the sound of a trio of tracks from their recently released self-titled record. Everybody Loves You (When You're Dead), Last June and latest single Outsider Art all sounded ferocious. This new material stood head and shoulders above established hits from both Grey Britain and Orchestra of Wolves. The band's confidence in their recent output was plain to see, their high-energy music mirrored by a renewed swagger, prowling the stage, bar and speaker stacks with clear intent.

On the eve of the release of their self-titled record, we sat down with Laurent 'Lags' Barnard, Stu Gili-Ross and Wade MacNeil (arriving after a brief chat with Brian Fallon of The Gaslight Anthem) of Gallows ahead of their appearance at Leeds festival.

Rewind to the summer of 2010 and Gallows were one of the biggest bands in the world. Sophomore release Grey Britain was met with universal acclaim and their frenetic and dangerous live shows, fuelled by iconic frontman Frank Carter saw them grace tours across the world. Summer 2011 and Frank departs having been persuaded to stay a member for the past twelve months by his brother (and guitarist) Steph, seeing Gallows shrink into the shadows. A band who once graced the covers of magazines worldwide had lost their tortured talisman. What next? Who could possibly fill these shoes?

Gallows, Just Because You Sleep Next To Me Doesn't Mean You're Safe Single Review

Continue reading: Gallows, Just Because You Sleep Next To Me Doesn't Mean You're Safe Single Review