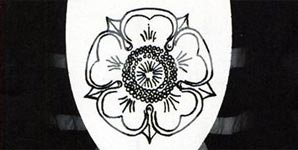 This album has enough energy to boil all of the water in your body. Those who are faint of heart or who fear spontaneous combustion should run away.

After turning heads back in 2006 with their debut album 'Orchestra of Wolves' and winning the Kerrang Best newcomer award; this is the much anticipated second album. The five man hardcore, nihilistic punk sound machine have created yet another blistering album that contains all of the power, emotion and larynx shredding vocals that is often missing from most second albums. Gallows haven't spared any effort on this album and instead of easing off on the pedal to cater for the more mainstream dupes; they've put their foot through the floor and are running over pedestrians.

The album opens ominously with the string accompaniment of 'The Riverbank', which conjures up images of a medieval dungeon/ torture chamber, where bodies are pecked at by flocks of ravens. The scene being set, the relentless barrage of fast-paced and expertly executed guitar riffs draw you through the dark alleyways of Grey Britain. The place where 'everything is falling apart' and violence, frustration, apathy and greed are the all consuming attributes, governing this wretched and rotten land.The album shows us a side of Britain that we know exists but we choose to shy away from. Gallows spit it in your face and dare you to do something about it.

The help of Simon 'mon the Biffy' Neil on the track 'Graves' is a nice touch, showing that Gallows have gained the respect of other well established musicians for their unflinching and psychotic splendour. If you like your punk music and are a fan of Black Flag, Cancer Bats or Million Dead, then drag your stinking carcass down to the shop and start listening, you'll like it.