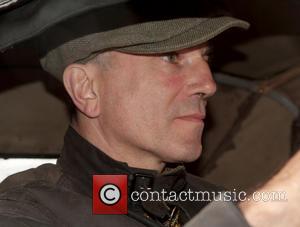 The Oscar-winning star was honoured at Buckingham Palace in London for his services to drama by the British royal, who took on the investiture ceremony on behalf of Queen Elizabeth Ii.

The Duke of Cambridge dressed in his ceremonial Royal Air Force uniform while Day-Lewis donned a traditional black morning suit.

The notoriously private actor opted against speaking publicly after the service, but insisted he was "entirely amazed and utterly delighted in equal measure" in June (14), when he was named on the monarch's Birthday Honours list.

Sir Daniel Day-Lewis is the only man to win the Academy Award for best actor three times - for My Left Foot, There Will Be Blood, and Lincoln.