They started out like Romeo and Juliet, but it ended up in tragedy. The words of Milhouse from The Simpsons will ring in the ears of anyone listening to Daft Punk's Tron: Legacy soundtrack. On the one hand, you have an extremely talented dance duo obsessed with the early eighties, retro-futurism, science fiction, and computers. On the other, you have the sequel to a fondly remembered early eighties science fiction film set inside a computer. They're made for each other. Their union, however, is disappointing. 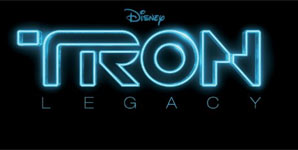 Tron: Legacy's problems aren't caused by feuding families, but by an issue which has been responsible for far more romantic friction: basic incompatibility. Daft Punk might have borrowed their aesthetic from cultural artefacts like the original Tron movie, but they are not well suited to composing film scores; not even this film score. The score to a fast paced, effects laden Hollywood film needs to be short, snappy and bombastic. Daft Punk's best moments have been relatively lengthy and hypnotic ('Around The World', 'Da Funk'), pop-orientated and slightly camp ('Harder, Better, Faster, Stronger'), or both at the same time ('One More Time'). They're out of their element here.

The duo have been asked to compose a number of sub-two minutes pieces of music, music which has no time to build and grow like a traditional Daft Punk track. They respond to this challenge by playing it safe, composing music which owes a lot to other popular film scores. The portentous strings present on some tracks evoke a pseudo-classical grandeur reminiscent of John William's work on the Star Wars films; the tense, pulsing synths which drive other songs nod towards John Carpenter's score to Assault On Precinct 13. The twain rarely meet: most songs lean heavily on either the tense synths or the grand strings, rather than attempting to meld the two aesthetics together. Again, this is probably a decision informed by the need to create an unsubtle, straightforward soundtrack. Tense and creepy sounds fine, portentous sounds fine, but mixing the two risks alienating cinema-goers by creating something too ambiguous and subtle. The nature of the medium prevents Daft Punk from taking risks.

Whilst most of the shorter pieces sound derivative and uninspired, there are exceptions, like the bright robo-arpeggio piece 'The Son Of Flynn'. Several of the longer tracks are also enjoyable. 'The Game Has Changed' successfully melds synths and strings to generate slow-building drama; the well-crafted 'Disc Wars' begins as a dark, ominous crawl before the introduction of euphoric, swirling keyboards startles it into life; and 'C.L.U.' gains momentum and energy from its stabbing strings. Unfortunately none of these pieces are as good as anything on the duo's first two albums. Perhaps that shouldn't come as surprise: in choosing to score a Hollywood blockbuster, they chose to make music from within an artistic straitjacket.