Review of From The Outside Album by Bert Jansch

A couple of very different sounding songs, both called Shout, were released during 1985. One of them was by Tears For Fears, being the lead single from their second album Songs From The Big Chair, a release which made them a Transatlantic success story and earned them a spot on practically every compilation of the decade worth its salt. Slick and pounding, it was also a thematically dedicated to the right of protest by singer Roland Orzabal, adding a veneer of authenticity rare in the pop canon of the time. 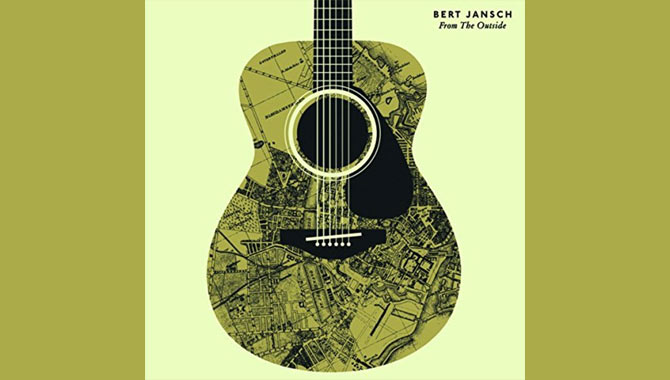 The second was buried on Bert Jansch's solo album From The Outside, although this too ironically was a heartfelt anti-war stomp which however in comparable presentation to its peer felt a little sentimental and anachronistic. Not that you would've heard it unless you were super dedicated: released on the tiny Belgian label Konexion and limited to a run of just 500 copies, it's host vessel has remained one of the Scot's less acknowledged works, despite a previous re-issue in 1993. Culled from sessions in Britain and Denmark, the Jansch it contains is completely alone on it, none of the fluid membership of his day job band Pentangle featuring.

The Glaswegian born singer had come a long way even than since being enthralled by the dexterous picking of Brownie McGhee at Edinburgh's Howff club a quarter of a century before; on moving to London in 1963 he rapidly became an avatar for the folk revival which swept across Europe for the next four or five years, his self titled début widely acclaimed as one of its seminal works.  Along with Jacqui McShee, Terry Cox, Danny Thompson and John Renbourn he'd then formed Pentangle, whose brief apogee had been rapidly eroded by popular taste's movement on to the blues-inspired heavy rock of Led Zeppelin and Deep Purple. By the time of the From The Outside sessions he was at less than full cry, drinking too much (He would go teetotal in 1987) and performing live only sporadically.

Whereas now Fleet Foxes and Bon Iver have made rootsy acoustic traditionalism one of the outliers of modern taste, Jansch then will have been pretty much a token figure working against an avalanche of brash, over engineered vacuity. Whilst many at the time forecast the end of the guitar, he wilfully chose to look backward, writing songs like the allegorical opener Sweet Rose, a Mayday call for fruitfulness with banjo, the pastoral feel of slow time and long looks omnipresent. Notably on this fresh re-issue we're also served with a new inclusion taken from the same tapes but not aired before:  the pristine Blackbird In The Morning, a love song picked effortlessly with uncomplicated warmth and sincerity, ranks as one of the album's best moments.

Perhaps the album's title refers to a man both in denial of progress in the last century's most revolutionary decade, but crucially outside of himself - the bitterly sardonic newspaper seller of Read All About It pours down scorn on both his customers and passer by alike, whilst the raucous and heartbroken bard of Why Me is filled with a self-pity it's hard to like.

Just yourself and an instrument is the hardest environment imaginable for a performer, so it's understandable that an artist unprepared to make concessions may have moments of edginess for all. These tensions are somewhat eased by two brief but thoughtful instrumentals (From The Outside/From The Inside) but again brought to the fore on Get Out Of My Life, a desperate cri de coeur for an existence blighted by alcoholism and it's dysfunctional comfort blanket, the haze a darkened room where loss and despair sit on bar stools side by side.

If Jansch deserves immense credit for his honesty, he should also earn retrospective praise for River Running, his grizzled voice rescued from the sweetest, straightforward melody here, the words a love song to nature's unpretentious beauty and latent, cyclical joy. In truth it's probably the only tune here up with his best, but what's more remarkable is that From The Outside sounds more streetwise over thirty years later than amongst the bang and crash of 1985. Here at least though was a man letting it all out. 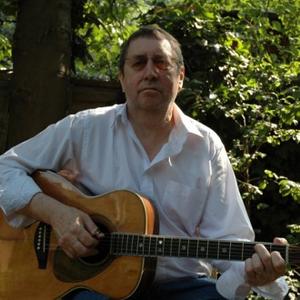 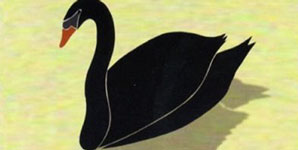