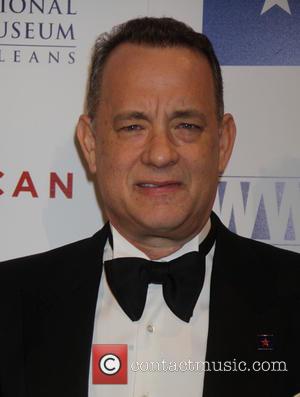 Streep kicked off the event by paying tribute to Newman, who would have celebrated his 90th birthday in January (15), praising his work and dedication to helping children in need.

She said, "He used his resources to ensure that kids with serious illnesses would not be reduced to being their diagnoses. He wanted all kids to remain kids for as long as possible, for as long as he did. So on the occasion of his 90th birthday, we celebrate not how old Paul would have been, but how young he will stay, always, because the respect he had for the integrity of childhood captured on the faces and in the hearts of kids around the world at SeriousFun camps."

Newman's Road to Perdition co-star Hanks grew emotional as he told the story of 11-year-old camper Sammi Blasnett, who suffers from rare genetic disorder Kabuki syndrome, and how the SeriousFun camp has empowered the youngster to believe in herself.

Clooney also took the stage to talk about his idol Newman, noting the late actor is "The best version of us. And by us, I don’t mean actors or any celebrities, I mean humans... Paul, the world is better because of you. We owe a debt that is too great to ever be repaid."

Newlywed Clooney also provided some laughs by getting his statistics mixed up and stating that the camps have served more than 518,000 children and families from more than 500 countries, rather than 50 countries.

He quipped, "That would be too many. There aren't that many. My wife's the smart one!", referencing his human rights lawyer wife Amal.

Meanwhile, Danny DeVito was joined by a group of campers to sing Raindrops Keep Fallin' On My Head, the theme song to Newman's Western Butch Cassidy and the Sundance Kid, and musicians including Carole King, Renee Fleming, Natalie Cole and Aloe Blacc also took the stage to perform.