A Week In Music - Nick Cave And The Bad Seeds' 'Push The Sky Away' Riding High, Foal Break New Ground With 'Holy Fire' And Haim Get Close To Nature With 'Falling'

Albums of Note... Heaped with praise and riding high in the UK charts, Nick Cave and the Bad Seeds’ 15th studio album, Push the Sky Away is not only an artistic triumph but a commercial one, too. Cave’s songwriting style has mutated significantly since his early days as frontman and resident wildcard of The Birthday Party; he now resembles a particularly well-dressed bar fly and his songs are peppered with his quintessentially erudite turn of phrase.

For our reviewer, Push the Sky Away demonstrates Cave and his cohorts at their finest:“Knowing when to stop and what to leave out, when adding more will lessen the quality and having the strength of character to just cut away the surplus is most definitely driven by the ever uncompromising Cave and here it has clearly paid dividends… Push The Sky Away' has a delicacy and tenderness woven through it like a fine silken tapestry of beguiling beauty but it can still be unflinching and brutal.”

Continue reading: A Week In Music - Nick Cave And The Bad Seeds' 'Push The Sky Away' Riding High, Foal Break New Ground With 'Holy Fire' And Haim Get Close To Nature With 'Falling'

Theme Park are finally releasing their self-titled debut next month. The word 'finally' is stressed because the London band put their first single out back in August 2011 and have been teasing us with other gems ever since. 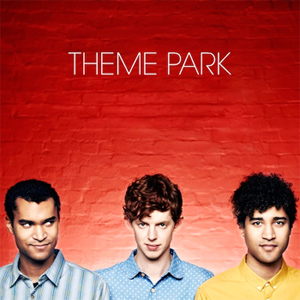 Releasing an album early in the year can sometimes be a bit of a lost cause, but it's also a challenge. The artist has to make an album that will lodge itself so securely in the minds of writers and music lovers alike, so when they come to think about their 'Albums of the Year' in Nov/Dec, it's not forgotten. Don't sweat Theme Park, you'll be fine. This will not be on the bottom of the pile.

It's packed with summery, calypso, indie-funk, sunshine music that will raise the morale in cold February and be listened to right through until the summery breeze descends, when it becomes a holiday soundtrack for anyone jetting off to anywhere mildly warmer than the UK or anyone enjoying some sun at home. Consequently, it'll offer some post-summer memories for the rest of the year, job done. 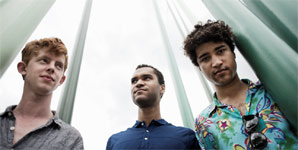 Twins Miles and Mike Haughton and Oscar Manthorpe of pop trio Theme Park are currently in the studio recording their debut album due for release later this year through Transgressive Records. Their catchy latest single, 'Jamaica', has gone down a storm and has been just as highly anticipated as the string of festival shows they've performed over the summer including Latitude, Beacons, Tramlines and Lounge on the Farm (to name just a handful). They are next set to support Bloc Party on their UK tour in October.

Theme Park's debut single, Wax, was taken from their EP of the same name, which was released in the summer of 2011. Their latest single, Milk, was released on December 12th, 2011.