The Ting Tings - We Started Nothing Album Review

Review of We Started Nothing Album by The Ting Tings

Album review of 'We Started Nothing' by The Ting Tings 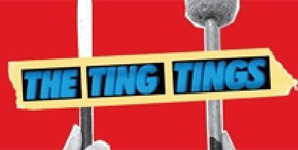 For those who have been stuck in a cave so far in 2008, The Ting Tings are Salford duo Katie White and Jules De Martino. This is the act's debut album and comes after previous failed attempts to crack the music industry. It topped the UK chart in May, starting a summer of successful festival appearances, and has seen them headline sell-out tours.

The singles lifted from the record are well-crafted indie-pop numbers with catchy choruses that border on the annoying, from the chart-topping 'That's Not My Name' to the iTunes-endorsing 'Shut Up And Let Me Go'. De Martino matches stomping rhythms to White's sweet vocals on energetic tracks, and even when the tempo is lowered such as on 'Be The One', they demonstrate that they can craft credible commercial gems.

So what of the non-singles on the album? Generally speaking, they're of a good standard, with 'Keep Your Head' surely having pushed for release in its own right, and 'Fruit Machine' encouraging the listener to boogie. A couple of numbers, 'Traffic Light' and 'Impacilla Carpisung' are forgettable, while the simplistic riff of the title track 'We Started Nothing' becomes increasingly annoying as the song develops, but otherwise this is a collection of finely crafted tunes. It now remains to be seen whether the duo can follow it up successfully, with rumours that album number two is due in 2009.

The Ting Tings - Sounds From Nowheresville

The Ting Tings Not Too Serious

The Ting Tings - We Started Nothing

The Ting Tings - Be The One

The Ting Tings - That's Not My Name Video