The Ting Tings is a British pop/rock duo from Leigh in Greater Manchester. The lineup of the band consists of Jules De Martino and Katie White.

Katie White's musical career began in earnest when she formed a pop-punk trio with two school friends, Emma Lally and Joanne Leeton. The band was called TKO and they supported Steps and Atomic Kitten. Katie met Jules De Martino when he was asked to write some songs for TKO. He had previously written songs as part of George Michael's songwriting team.

De Martino and White soon found that they were both fans of Portishead and when De Martino moved to Manchester, they formed the Portishead-influenced band Dear Eskimo. They were based at a musicians' commune in the Islington Mill, Salford. Dear Eskimo eventually signed to Mercury Records but the contract was short-lived and Dear Eskimo disbanded.

Eventually, Katie and Jules formed The Ting Tings. By their third gig, they had been mentioned on Manchester's XFM radio station. They quickly built themselves a reputation on Manchester's party scene and a number of record company representatives - and even the producer Rick Rubin - were asking for tickets for their gigs at The Mill.

The Ting Tings' debut single was released in 2007 on the Manchester label Switchflicker. Entitled 'That's Not My Name', backed with 'Great DJ', the single achieved a great deal of national airplay. In particular, the BBC 6Music DJ Marc Riley was fond of the tracks and invited the band into the 6Music studios to record a session.

The Ting Tings' second single was 'Fruit Machine' and was released as a limited edition "7 single on Legendre Starkie Records. It was sold purely through their gigs at Islington Mill and in Berlin and New York.

For the rest of 2007, The Ting Tings continued to build on their reputation, playing at Glastonbury Festival, as well as a support slot with Reverend and the Makers. They were soon signed to Columbia Records and in December 2007, they made an appearance on the BBC show Later. With Jools Holland.

January 2008 saw The Ting Tings included in the BBC's annual 'Sound of' poll and the following month, they were included on the 2008 Shockwaves NME tour. Other bands on the package tour included Joe Lean and the Jing Jang Jong, The Cribs and Does It Offend You Yeah?

Upon signing to Columbia Records, the band's first single release was 'Great DJ', which, received a great deal of prime time radio play and the Ting Tings were selected to play at Radio 1's Big Weekend in Maidstone.

The follow up single to 'Great DJ' was 'Shut Up and Let Me Go'. The track was selected to soundtrack an iPod commercial and peaked at number six in the UK singles charts.

The Ting Tings' debut album was released in May 2008 and was entitled We Started Nothing. Shortly after the release of the album, 'That's Not My Name' was re-released and reached number one on the UK singles chart. Following the success of the re-release, 'Shut Up and Let Me Go' was featured on the soundtrack to the US TV series Gossip Girls and 'Be the One' was also selected to soundtrack One Tree Hill. Similarly, 'Great DJ' was included on the soundtrack to the Oscar winning movie Slumdog Millionaire, directed by Danny Boyle.

Following their appearance on Later. With Jools Holland, The Ting Tings appeared on Jools' 2008 Hootenanny show. In 2009, they toured New Zealand and Australia and performed at that year's Big Day Out festival.

May 2009 saw The Ting Tings win an Ivor Novello awards. The following month, they performed once more at the Glastonbury festival. The Ting Tings played The Other Stage on the Friday night and the following evening, Dizzee Rascal opened his headline Pyramid stage performance with his cover of 'That's Not My Name'. The Ting Tings were also announced as support act for Pink's Autumn 2009 Funhouse Tour.

The duo who comprise The Ting Tings had the sort of launch that is the stuff of dreams; topping the album chart with their debut in 2008 with a record that spawned five singles, including the ubiquitous number one 'That's Not My Name'. In comparison, their second full-length release in 2012 bombed, so now they attempt to regain their mojo, with the assistance of Duran Duran's Andy Taylor on production duties.

The initial success of the Tings was their ability to mash pop, indie and dance into irresistible hooks - a feature that was majorly lacking on 'Sounds From Nowheresville'. They address this on their third record, but not through trying to re-create the first album. Lead track 'Wrong Club' is a strong representation of this collection - a soft disco anthem with funky guitars and a beat to tap along to. Katie White's sultry voice provides an easily grasped hook and already things are looking up. 'Do It Again' follows a similar path but with a hypnotic vocal delivery, whilst 'Only Love' is further evidence that collaborating with Taylor is a positive move - his experience of hits from three decades ago works a treat on an album reflective of a past era. Not all songs here are as immediate as these, though 'Failure' certainly wraps proceedings up in an infectious manner, but this is a tidy release. 'Wabi Sabi' provides some respite to the tempo in the form of aching balladry and at nine tracks long, there's no danger of The Ting Tings outlasting their welcome. A return to the popularity that greeted their initial breakthrough isn't likely, but there's more than enough here to repair their reputation and ensure they shouldn't be seen as a flash-in-the-pan act. 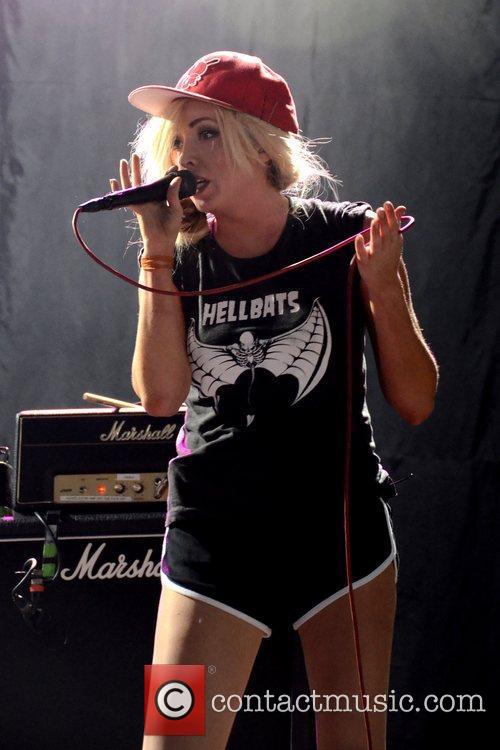 By Hayley Fox in Music Reviews on 23 February 2012

Before we go anywhere with this, the name 'Sounds From Nowheresville' sounds incredibly 2005, a place amongst the 'Son of Dork' months (remember them?) C'mon guys a self-titled album would've had more of an edge than that! 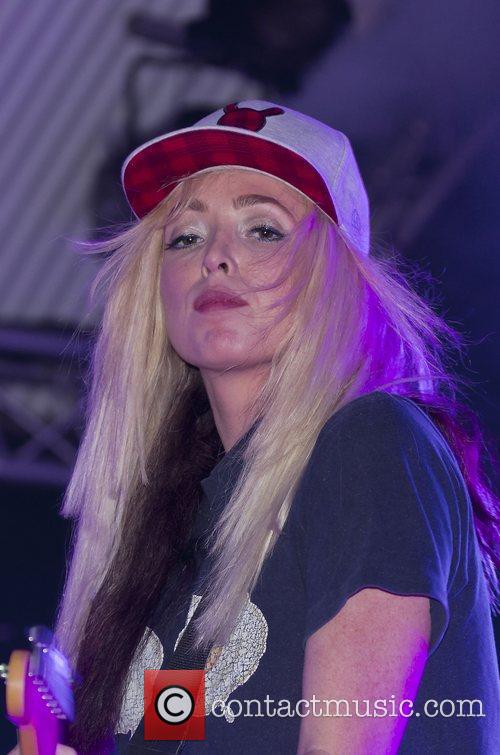 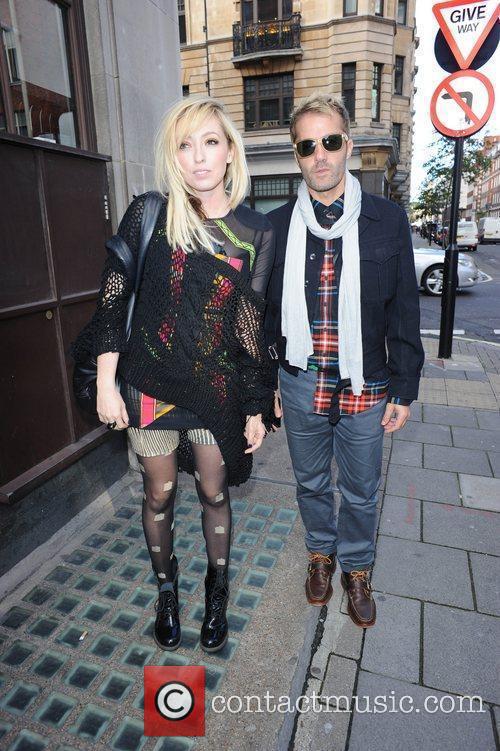 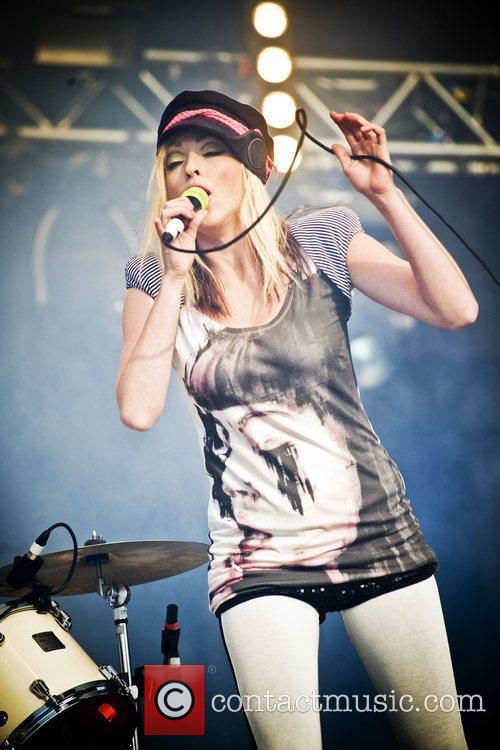 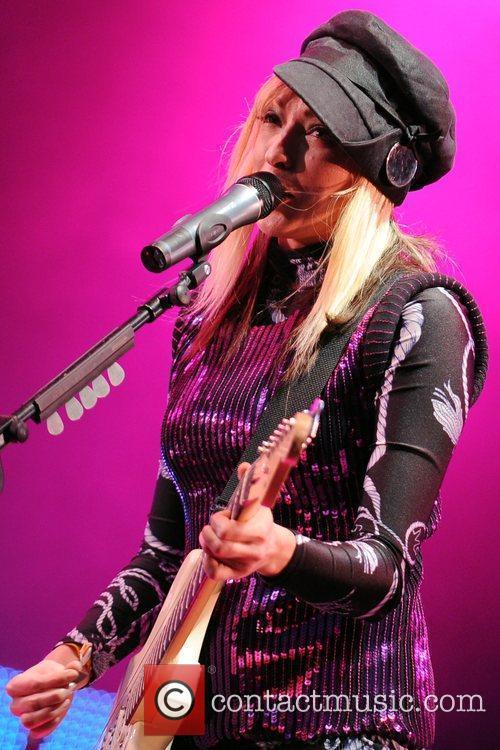 The Ting Tings, We Started Nothing Album Review

Album review of 'We Started Nothing' by The Ting Tings

Continue reading: The Ting Tings, We Started Nothing Album Review

The Ting Tings, Be The One Single Review

Review of 'Be The One' single by The Ting Tings.

Continue reading: The Ting Tings, Be The One Single Review

The Ting Tings - That's Not My Name

Continue: The Ting Tings - That's Not My Name

The Ting Tings - Sounds From Nowheresville

The Ting Tings Not Too Serious

The Ting Tings - That's Not My Name Video