Virtual band Studio Killers want to bring their digital forms to the stage in a live tour starting in Finland. While the band, whose successes include the infectious singles 'Ode To The Bouncer and 'Eros And Apollo', have previously been funding all their own projects, now is the time they need to ask fans for help.

Cherry, Goldie Foxx, Dyna Mink and Bipolar Bear have set up a Kickstarter campaign to raise money to bring their virtual forms to the live environment, teaming up with major media company Immersive to work on their set. Backers must raise £50,000 for the cause with plenty of rewards in store. For top dollar, you can appear on a future Studio Killers track while other rewards include free track downloads, exclusive artwork and live updates.

Back their Kickstarter campaign here: 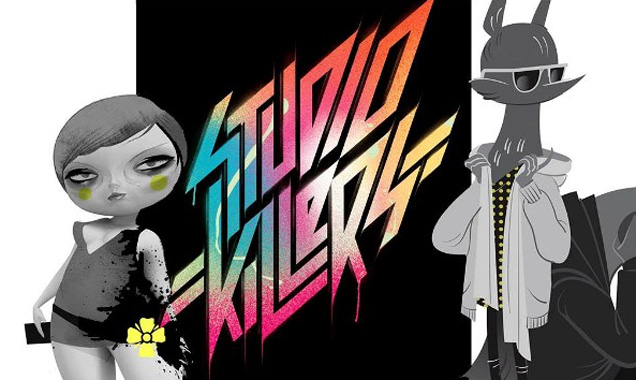 It's been almost a year since Contact Music caught up with electro-pop pioneers Studio Killers, so as they prepare for re-entry into the real world to realise themselves in physical form, we thought it was timely to do so again. With a very successful twelve months behind them, a string of hits - 'Ode To The Bouncer', 'Eros & Apollo' and 'Jenny' - and with the anniversary of their debut album imminent, our favourite (as yet) animated artists are busy bringing their unique creation to life. This summer will see Cherry, Goldie Foxx, Dyna Mink and Bi-Polar Bear emerge from the edges of cyber-space onto the stage as they make their live debut. The outskirts of Finland's oldest city, Turku, will be the springboard for their live adventure where Studio Killers will perform at two festivals, Ruisrock and then Ilosaarirock, this July.

Studio Killers have joined forces with event specialists Immersive Ltd to create a live show to remember as they perform their blend of infectious and mesmeric electronica. The whole experience is set to be a lavish extravaganza full of excitement and surprise that will leave audiences spellbound. So before Studio Killers metamorphasize from their pixelated presence into physical entities, Contact Music found out just how it's all set to happen.

Contactmusic:  When Studio Killers were conceived, was it always just a matter of timing before you performed live or has the inspiration come more recently?
Cherry: It was always the aim. As is world domination. But no one gets anywhere alone; assimilating an army takes time.
Dyna Mink: You always dream that you're going to perform live, but it's all dependent on the success you have as a band.
Goldie Foxx: I have always looked at 'going live' as being the major step we need to take in order to reach more people with Studio Killers. Plus, it's an excuse for us to play with some amazing new toys.

CM; Can you tell us anything about how you are going to transform from animated characters into a real live band?
C: Sir, I am a real girl. Let's not give me a Pinocchio complex. But the fact is, that putting on a spectacular show takes a lot of time, equipment and effort. This is why we are holding a Kickstarter. The more financial help we get, the more we can accomplish and the more spectacular it will be. Great stuff takes great effort.
DM: I thought it was impossible, or do you know someone who can do that? Please hook us up if you know someone.
GF: Our 'transformation' will make Optimus Prime look antique.

Contactmusic catch up with Studio Killers to discuss their virtual identities and distinctive tunes ahead of the release of their debut album. With a highly anticipated debut album coming up following the success of their quirky dance track 'Ode to the Bouncer', virtual electro-pop group Studio Killers took the time to chat with Contactmusic about their unconventional set up, their alter-egos and live performance possibilities.

Under the aliases Chubby Cherry, Goldie Foxx, Dyna Mink and Bi-Polar Bear, Studio Killers follow in the footsteps of the likes of Gorillaz using their digital avatars in the place of their own bodies for their music videos. But, being so elusive, just how did these guys first meet? 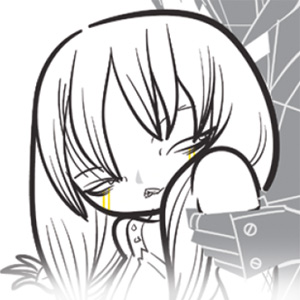 With the release of their self titled debut album imminent, ContactMusic caught up with the virtual band Studio Killers to find out how they got together, how the album came to fruition, what their influences are and what's next on the horizon for Cherry, Goldie, Dyna and Bi-Polar.

CM. So, Studio Killers, how did it all begin, where did you all meet, where did the idea come from?
Chubby Cherry: Strangely I cannot remember. But it feels like we've always been together.
Dyna Mink: we met on the internet after Bipolar Bear thought we'd be a good fit creatively.
Bi-Polar Bear: It all started with me.
Goldie Foxx: Something to do with a waitress and a cocktail bar.

CM. With each of you in a different European base how easy is it for you all to make the music? Do you all get together often?
CC: The truth is, it took a year before we met each other. We just worked from a distance until that and actually still do. We tried writing together in the studio once or twice, but we failed miserably, partly because the studio literally disappeared. We also all felt the urge to go to the other room and send each other stuff by email, which means we spend a lot of time getting lost between places.
DM & GF: We would see each other more if we could get insured to drive the Studio Killers Pulsar. Price comparison sites won't insure animals to drive, despite having a meerkat all over their adverts.

By Andrew Lockwood in Music Reviews on 04 June 2013

Following two frenetic and frenzied years of excitable buzz and building anticipation, Studio Killers, the virtual band formed in 2011, are all set for dance floor domination with their debut self-titled album. Where The Matrix and Manga meet to make fantasy a sexy and silky suspended reality, Studio Killers step in to put a musical soundtrack to a virtual world of lip glossed disco divas and pixelated alter-egos. Where artistic architects of animation manifest your sub-conscious avatar as a re-invention with a wink and a nod and the glam and camp rub shoulders with a hybrid fusion of Electro-Pop and heavenly House Studio Killers bring their delicious hook heavy harmonies to delight. 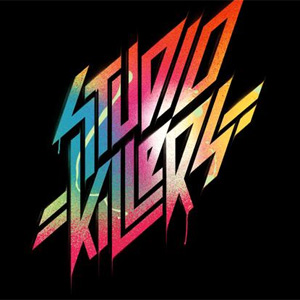 The quasi quantum quartet of Chubby Cherry, Goldie Foxx, Dyna Mink and Bi-Polar Bear initially came to our attention with their first seductive single and viral video 'Ode To The Bouncer'. The ridiculously catchy tune tells the tale of a birthday girl on a mission to dance. As the synth loops and the beats break and build the lingerie light lewd Lolita with the lively libido sets her cunning sights on clubbing, whatever the obstacles. The energised electro-pop with a distinctly European lilt was a hit with the Danish, the Dutch and the Finnish. Like Daft Punk before them, Studio Killers mix up an infectious blend of pedigree pop, pulsating and pumping as Hi NRG meet a high aesthetic.

Since the first single, Studio Killers have released three more, all of which are included here on this sparkling eleven track set. With high-hats and whistles accompanying the piano lead score, the velvety, vocoder-enhanced vocals dance us through a male models manoeuvres on 'Eros And Apollo' ("But every night they fall like dominos, How he does it only heaven knows) before this year's first single goes old skool. 'All Men Are Pigs' is a happy House party with a dash of feel good electro funk and a soulful break down. Push the sky, make some shapes, shake your booty let your wings fly as the synth score soars and swoops to an eclectic set of percussive beats.

Studio Killers - Ode To The Bouncer

Like Zorro, Batman, the man from the Milk Tray adverts and latterly Broken Bells, The Silver Columns and most notably Gorillaz, concealed identity, coupled with the mystery and intrigue it inevitably brings, has only served to engage and excite the publics imagination. Who is the man behind the mask? Who actually are The Silver Columns? Are they well known public figures, can you hear elements of certain bands, a type of sound, a production quality you can't quite nail down?

Bursting through the ether and destined for dance floor domination, Studio Killers are set to catch your ear with their debut offering Ode To The Bouncer. Virtually resident in the East End the pan European band have thus far only teased us with snippets of information regarding their make-up and possible real life personas. Lead vocalist 'Cherry' fronts up the conceptual electro-pop trio supported by DJ/Producers Goldie Foxx and Dyna Mink.

Their first single release is the oh so catchy Ode To The Bouncer. Combining the bands desire to produce both aural and visual pleasure the tune is set to fabulously, faintly filthy, animation. The tale told is of one lingerie light licentious lolitta and her unrelenting desire to go clubbing. The skipping break beats underscore the looping synth notes as the birthday girl tries to charm the man on the door. Drawing on influences from Georgio Moroder, Vince Clark, Daft Punk and even Swedish gods of the melodic hook, Abba, 'Bouncer' has a killer chorus that will no doubt become an earworm de jour for many. Whilst to some degree pulling on retrospective references the infectious tune is still current and contemporary and takes the recent revitalisation of electro based dance driven polished pop to another interesting dimension. Expect to hear 'Bouncer' on a dance floor near you any day soon.... 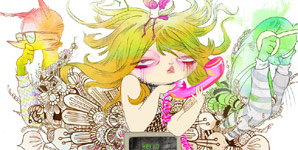