Richly coloured with eerie cries in the night, this astonishingly magnificent debut E.P. offers up soft folk, rhythm blues, old country, and bright doo wop. More than just a respectful nod to the past, the five songs here, by this New York City based outfit, make a statement of genuine adoration of musical and theatrical times gone by. 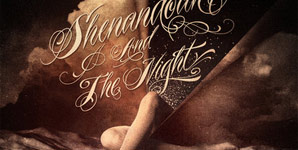 Ableman's voice vacillates between operatic extravagance and warm folk crooning as songs like 'All the Beautiful Ladies' and 'These Arms' flow like an antique soundtrack to some backwoods road show while others like 'So Long' and 'Dink's Song' bring Jackie Wilson and other legendary vocal groups of the fifties back to life.