When AC/DC were window shopping for a singer to replace Brian Johnson midway through the second leg of their Rock Or Bust world tour last year, it's a genuine shame that Georg Dolivo was overlooked. The Rhino Bucket frontman has delivered in the form of The Last Real Rock N' Roll, 39 minutes of energetic, sophisticated, no-nonsense foot-stomping rock n' roll - the kind that implores you to stick a middle finger up to the world and head-bang your problems away. 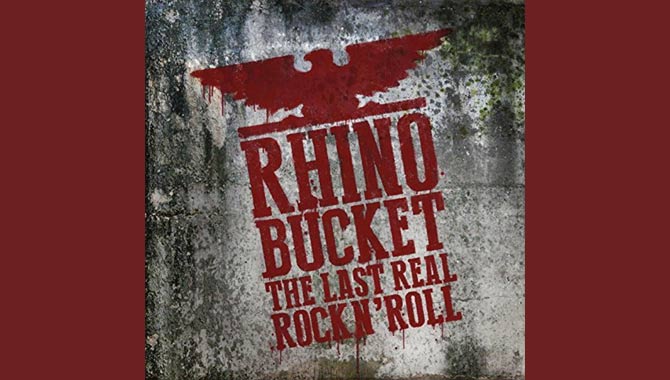 Rhino Bucket are unashamedly open about their admiration for AC/DC and the formula that has made their success and popularity unquantifiable over the last 40 years. This latest offering is every air guitarist's wet dream. They've supercharged the simple power chord, yet maintained an elegance with their lyrics and a maturity with their groove that combines to give the album both style and substance in equal measure.

The rhythm is crisp and tight, like a camel's arse in a sandstorm. Reeve Downs on bass, and Dave DuCey on drums offer the perfect backdrop for the intricacies of Brian "Damage" Forsythe's epic guitar work to shine through. Hello Citizens, the lead track, expresses this relationship so succinctly. They're a well-oiled machine that have honed their sound to make The Last Real Rock N' Roll sound as good as their eponymous debut album almost 30 years ago.

Most of the hard rock-loving population live on a diet based on one or more of the following staples: bona fide adrenaline-pumpers - which It's A Sin and Falling Down The Stairs epitomise - un-wavering relentlessness, which takes the shape of I'm Your Doctor and Forgiveness, and The Devil You Know is just so bluesy, it hurts.

Georg and the boys are so full of enthusiasm for their music, you'd swear they were all in their teens. This album certainly does not disappoint, and is well worth listening to, regardless of where your allegiances lie on the hard rock spectrum. The Last Real Rock N' Roll practically lives up to the name. It will kick you up the arse, grab you by the balls, and you'll thank it for the privilege.