Prince Finally Embraces The Sway Of The Internet By Joining Twitter

Having described the internet as a "fad" that will soon die away, Prince has finally embraced the online revolution by creating a Twitter profile. Under the moniker @3rdeyegirl, the 'Purple Rain' singer began his Twitter career on Tuesday (13 August) and took to the micro-bloggin site like a duck to water, and has since been regularly updating his feed with pictures, status updates, retweets for fans and 'selfies.'

Welcome to the 21st century Prince!

His Twitter handle is also the name of the group 3rd Eye Girl, who have been accompanying the singer on his recent tours as his backing musicians. Initially, Prince was planning on leaving the Twitter business to them and his PR department, but it seems as though he couldn't help himself and had to join the Twitter hype, announcing his presence by with the status, "PRINCE'S FIRST TWEET. TESTING.1,2." Prince then went on to share a picture of his dinner, before posting his first 'selfie' self-portrait, however the picture appeared to be just mysterious wafts of smoke.

Prior to his decision to take the wheel of his Twitter account himself, the artist had previously used it solely as a press junket, sharing around 150 pictures from his on tour. Now however, the singer is well and truly on the whole internet vibe and has even started using YouTube, which is really quite something considering his usual efforts to eradicate any traces of his music from the video hosting site. 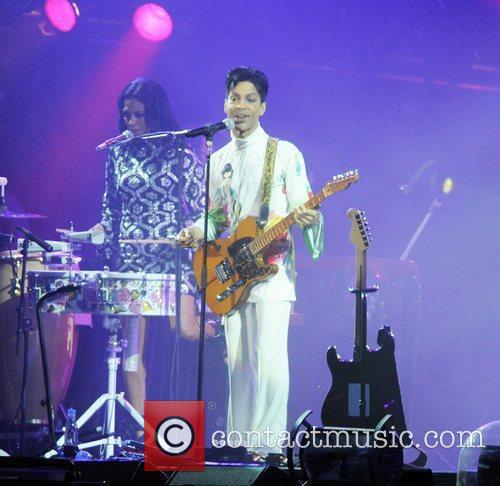 In one of his most recent posts, the singer uploaded a link to a snippet from new track 'Groovy Potential,' which was uploaded on Tuesday via the 3rd Eye Girl YouTube page. Who knows what we can expect from Prince next; maybe we might get a Vevo account from him or something absurd like that.