On the 1st October 1991 Prince, together with a new backing band - The New Power Generation, released his 13th full length studio album - Diamonds and Pearls. The 13 track record had a lighter, poppier touch than some of his more recent material at the time but there was also a rap element, provided in the main by Toni M., that manifested itself in six of the album tracks. 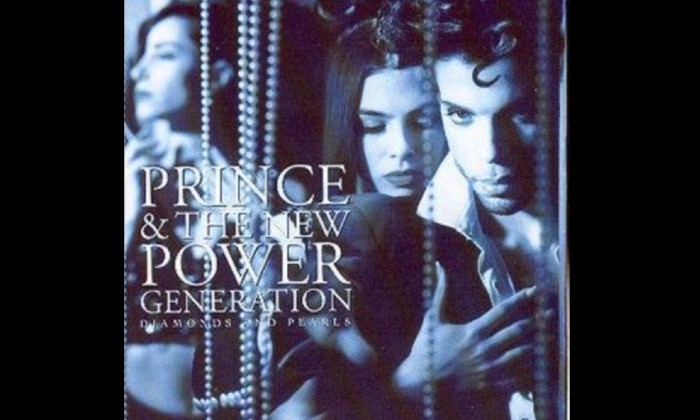 Whilst Diamonds and Pearls may not have quite emulated the huge success that Prince had realised with his inspired soundtrack for Batman in 1989, it did eclipse Graffiti Bridge, his 1990 album. Following the musical and thematically constrictive boundaries of two consecutive soundtrack albums, Prince seems to have embraced his freedom of expression throughout the original 13 tracks on Diamonds and Pearls. In the end Prince's 13th album would give up six singles, achieve 3x platinum sales in the UK, 2x platinum sales in the US and give Prince a global top ten, topping out the charts in Australia, going to number two in the UK and number 3 in the US.

The lead single from the album, Get Off, was released nearly four months ahead of the album in June of 1991. From the immediately recognisable opening scream, Get Off grabs you with it's ridiculously infectious beat and, ultimately, it's inspired narrative. The story that Prince recounts so superbly is one that matches the tease and sleaze of the soundtrack brilliantly. He's not kidding when he sings, "Let me tell you baby, I'm a talented boy!" The perfect pop of Get Off rose to number three on the UK singles charts as he sang, enthusiastically, about his sexual, erotically charged, exploits.

Three weeks prior to the release of Diamonds and Pearls Prince and The New Power Generation released arguably the album's defining single, Cream. Following on from the steaming Get Off, Prince continued to pull on a risque, provocative thread as he once again delivered pure pop magic. The understated score is a masterclass in production and arrangement with Prince on sublime form as he sings, "You got the horn so why don't you blow it (go on and blow it), You're so fine (you're so fine), You're filthy cute and baby you know it (you know it). "Sha boogie" indeed!

Four more singles were lifted from the album, the most successful of which was the R&B ballad Insatiable which topped out at number three on the Billboard Hot 100 R&B Songs. The final single released from Diamonds and Pearls was it's opening track, Thunder. The track fused Prince's skills at crafting a soundtrack with Funk and Pop elements in a song that sounds more like the Prince of Purple Rain than much of his material for the previous seven years. Even the escalating piano, reversed guitars and harmonised vocals hark back to 1984.

Prince expressed himself as only he could on the remainder of the album. The light, upbeat Daddy Pop, the underrated Jazzy wonder of the uplifting Strollin', the deftness of touch shown on Walk Don't Walk and the epic close out track, Live 4 Love showcase Prince at his creative best. Diamonds and Pearls is as smooth as the they come; it's expertly crafted with both production and arrangement letting the album's innate quality shine through. How The Rolling Stone Album Guide justified giving this 2.5 stars is something that will forever remain a mystery.