Review of Never Let Me Go Album by Placebo

Almost 26 years after the release of their eponymous debut album, and more than eight years since their last full length record - Loud Like Love, Placebo are back with - Never Let Me Go. Re-energised, re-focused and sounding fresher than ever, Placebo return with an album that was born out of a frustration with the commerciality of a "world-wide greatest-hits tour", but one that ironically could be seen as one of their more immediate and accessible in many years. Lead singer and band talisman Brian Molko said - "The whole enterprise was commercial, rather than [an] artistic one, and I guess we reacted against that. I'm like, ‘F**k this, the next record is gonna be about the pain of the world!’ The silent scream that is everywhere – that’s what interests me. Not this masturbatory, self-congratulatory two-year thing of, aren't we amazing?" 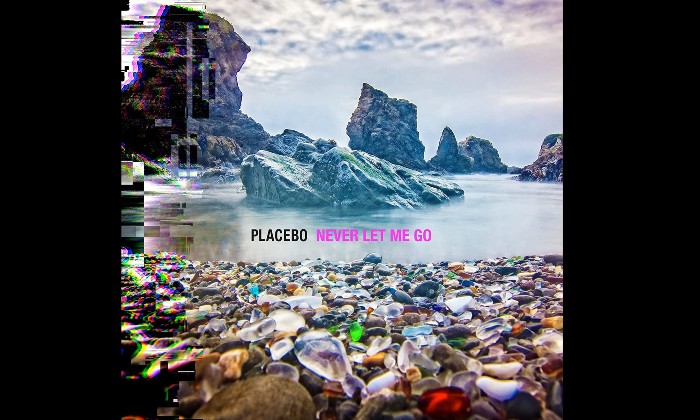 Placebo's latest album is certainly not just a paint-by-numbers exercise from the seasoned London band. The gap between albums has given Molko and Stef Olsdal time to think, time to create and time to develop again. Co-founding member Olsdal concurred with his band mate when he talked about the period between Never Let Me Go and Loud Like Love saying - "It was actually like this gruelling five-year tour which went from the last album being released into the greatest hits. It kind of went on and on, and it was sucking the life out of me. I didn’t have a lot of enthusiasm left for the band, because I think I was just drained. The thought of doing it again filled me with dread."

Stef's dread has now been turned on it's head as both Molko and Olsdal find that they are once again enjoying what they do, and are clearly enthused about it. Never Let Me Go is free of constraint, free from expectation and has been arrived at through an almost entirely different direction. Placebo's signature sounds are still very much in evidence on their latest full length release but their are also a lot more synthesisers as Molko explained in a press statement about the new album - "It's a very synthy record. Towards the end of ’19, I set myself a challenge, to try and get a synthesiser on every song on the record. I had the bug, and then Stef got the bug, and our producer Adam Noble got the bug. Now there are four or five on each song, and it’s almost as if the distorted guitars and the vintage synthesisers are as important as each other, and there’s this push and pull between them. Melodically, a lot of time the guitars are just supporting the lead melody, which is on synthesiser."

The time and effort that Placebo have spent on Never Let Me Go has been extended partly because of the CoVID19 pandemic, but also because the band were in no rush to just get it out there. An original release date of summer 2020 came and went because Molko and Olsdal wanted to further "finesse" the album; this included Brian entirely rewriting three tracks he wasn't entirely happy with to better reflect "the confusion of what it's like to be alive today".

The new 13 track record opens with an arresting introduction that clatters into your ears like a restless child with boundless energy and barely contained restraint. Forever Chemicals sets up the album before it gives way to the album's sublime lead single - Beautiful James. The synth heavy revolving loops and tight percussive back drop coupled with Molko's expressive and emotive vocals make for a stirring combination on what has to be one of Placebo's best songs...ever!

The band's latest single, Happy Birthday In The Sky is an altogether different proposition. The slow and brooding start is built on more of a traditional guitar base as the song unfolds and the narrative begins to give itself up. At the break Brain sings out his impassioned plea - "I want my medicine (give me my medicine)"

All four singles released so far are bound by the cohesive qualities of the protagonists and a familiarity of production but all are significantly different from each other. The albums second single - Surrounded By Spies, released in November last year, holds back from ever really breaking free even as Molko repeatedly sings the line "I am surrounded by spies". The tension in the record is heightened by it's carefully calculated restraint.

Placebo's third single, their first of this year - Try Better Next Time, has more of pop bent with an irresistible toe tapping beat, scuzzy, retro guitar riff and a catchy sing-a-long chorus...not the necessarily the normal modus operandi of Placebo.

Placebo's alternative pop slant is also evident on the reflective musings of - Sad White Reggae and the string laden Baroque elegance of The Prodigal but there's still enough venomous, spirited and feral soundscapes to satisfy the Placebo purists. The heavy, heated and almost relentless aural onslaught of Hugz is bound to raise any roof when it gets it's live airing, as will the thrashing guitars of Chemtrails and the full on tilt of Twin Demons.

Molko says that his new record is about "the pain of the world, the silent scream that is everywhere" but instead of soundtracking that as mere doom and gloom Placebo have delivered a vital, effervescent record that commands your attention at every inspired and creative turn.