In terms of approach, 'Chain Tripping' takes some beating. To call Yacht's latest release conceptual would be underplaying its inspiration wildly. Before considering edits, production, instrumentation or any of the usual, or more traditional, elements to songwriting and recording, Yacht took to AI, machine learning tools and creative technologists to deconstruct and understand their back catalogue so that they could then use the source material, and elements that were extracted from it, to formulate new material and new songs. 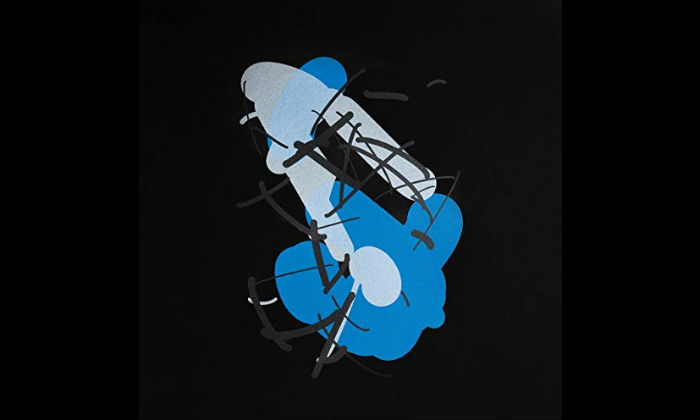 The result, at least according to Jona Bechtolt, is an album "More human than human, more Yacht than Yacht." In a kind of symbiotic way by making machines learn all about Yacht they have learned all about themselves, it's "easily the thing [they've] made that most reflects how [they] see [them]selves."

Although technology has always been a touchstone for Yacht, 'Chain Tripping' sees a slight shift in direction. The band's seventh album is three years in the making and follows on from 2015's 'I Thought The Future Would Be Cooler'. It also follows the band's 'misguided', wholly misjudged and unfortunate "Sex Tape" in 2016. However, regardless of the premise of its inception or its lineage, in the end Yacht's new ten-track album will be judged on its merits, its qualities and its overriding appeal.

The funky beats of opener '(Downtown) Dancing' has echoes of Metronomy. The playful bassline, cow bell and high vocal make for a compelling combination. The introduction of a mildly weird synth loop takes the track into darker territory before steel drum percussion brings it back into the light. 'SCATTERHEAD', the band's latest single, is more immediate, more intense and more direct. The track hurtles along with a frenetic, fidgeting energy as it skips along with a varied array of noises being added in along the way.

The balance between the lightness of touch given to each of the tracks is paired with an undercurrent that points towards a deeper and darker edge never being far from the surface. Many of the tracks present themselves with an initial attitude or character that very often morphs or switches as it progresses. 'Loud Light', with its brooding, almost 'Another One Bites The Dust'-esque introductory bass line mixes a darker soundtrack to elevate the layered near conversational vocal whilst 'Blue On Blue' offers up an unconventional, multi-faceted beat that takes a moment to fall into place but once it does the track changes from being scatty or hectic into being joyously upbeat and energetic.

'Death', with its two-part vocal duet, is more of a retro leaning affair, harking back to the softer side of the '80s electro hey day. 'California Dali' has a hazier mix with a dub influence that continues on into 'Stick It To The Station' to a lesser degree before 'Little Instant' closes out the album with possibly the most individual of any of the tracks on 'Chain Tripping'. The revolving bass line is combined with a more relaxed, smoother, more soulful vocal as wind instruments and squally guitars are brought in and out. Ironically, given the band's predisposition towards technology, 'Little Instant' would also seem to be the most natural (or man made) of all the songs on Yacht's latest album.

As an idea, 'Chain Tripping' is an amazing exploration into the use of technology. It's not music by numbers, and it's not "push-button pop songs", but it is taking advantage of the latest technology to enhance and create something new and individual. It's by no means characterless and has clearly taken a lot of creativity to even begin to conceptualise the initial idea. What matters the most though is the songs and there is no doubt that 'Chain Tripping' has thrown up some very interesting surprises, not least of which are the album's book ending tracks, '(Downtown) Dancing' and 'Little Instant'. 'Chain Tripping' is certainly an oddity worth exploration.