Currently on a world tour spanning the rest of 2016, The Cat Empire brought their very own style of ska/jazz/rock music to Birmingham's O2 Institute on 2nd April. It's only been a couple of years since they were last here, but you could tell the crowd had missed them. As with all of The Cat Empire's gigs, both the band and the crowd were full of energy from the get-go. Two tracks from the new album 'Rising with the Sun' kick off the show: 'Wolves' and 'Bulls'. These get a huge reception from their devoted fan base, and you can tell that the band are enjoying performing their new material. A few songs from their last album feature: 'Prophets in the Sky' and 'Still Young' are particular highlights, the former of which showcases singer Harry James Angus' incredible range. 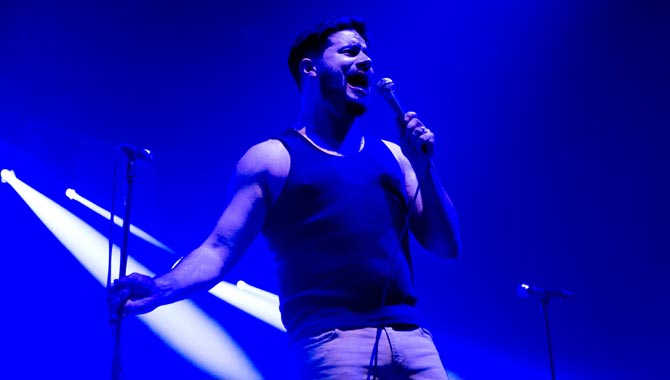 The band is made up of hugely talented individuals, each of whom get their spot in the limelight throughout the evening. Particularly impressive are the three guys who make up the brass section, with 'How To Explain' featuring a jam involving them crowding around just the one microphone and playing faster and faster. It's an impressive sight when you see every member of the crowd singing along with the brass section, and wildly cheering at a piano solo. Older songs such as 'How To Explain', 'Two Shoes' and 'The Wine Song' are firm favourites of the crowd, who bellow every single word at the top of their lungs.

A highlight from the new album was the beautiful 'Bataclan', written by singer Felix Riebl after the Paris attacks last year. The song is incredibly emotive when heard live; you can't help but imagine the horrors of that night when you yourself are stood in a packed music venue. But it isn't a mournful song, it's a celebration of the love and music that always triumph. It's a joyous end to the night, followed by the crowd favourite 'The Chariot', which leaves the whole crowd bellowing the line "Our weapons were our instruments".

A Cat Empire gig isn't really like any other; it's not a feeling that can easily be put into words. The fans are so passionate and the band appear to love performing so much - you can't leave any of their concerts without a smile on your face.

You can still catch The Cat Empire performing shows across the UK this month. Read our Q&A with singers Felix Riebl and Harry James Angus.