Review of Fever Daydream Album by The Black Queen

The Black Queen is latest musical endeavour of The Dillinger Escape Plan frontman Greg Puciato. If you're even slightly familiar with Dillinger you will be aware of their vastly chaotic nature in terms of their death defying live shows, over the top math-core franticness and the freedom they allow themselves to incorporate various genres into their sound. That freedom has never gone quite as far out as what Puciato is trying out with The Black Queen. With the help of Joshua Eustis (Telefon Tel Aviv, Puscifer) and Steven Alexander, Puciato leads The Black Queen to create slick and seductive synth-pop as displayed here on debut 'Fever Daydream.' 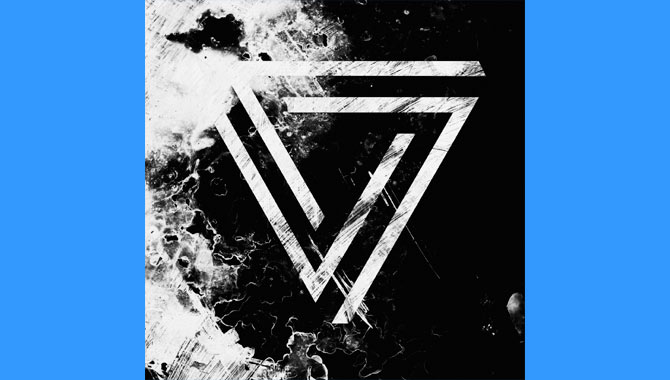 There's always been little bits of electronic music in Dillinger's music and whilst they're an adventurous band it's clear why Puciato felt the need to do something like this outside of his day job. With The Black Queen, Puciato is free to just chill out, make music that's as smooth as he wants and as sexy as he wants. You can imagine that he gets out all of his rage and frustrations out in doing Dillinger, so The Black Queen is a result of the emotions that are left behind. Hence why he displays a newfound gentle croon over the throbbing and enchanted sonic textures provided by Eustis and Alexander. That's not to say that he's never displayed excellent melodic vocals in Dillinger, it's just he's rarely gone as tender as he has here with The Black Queen and never for a full record.

After a short and ambient intro track, 'Ice To Never' gives a good representation of what the essence of what this album is. This song has lavish synths and robust drum loops crafted into a solid groove which you could imagine making people sway in a club whilst Puciato sings of themes of romance with a particular person and the chorus is incredibly lush with Puciato breaking out of the tenderness he displays on this record for a more sassy and excitable vocal. 'Secret Scream' goes even further into sounding like a dancefloor banger with thicker, more erratic beats and Puciato rarely sounding tame on this track, boldly singing about his lust for someone.

As much as a lot of these songs sound like they would go down fantastically on the dancefloor they're also really intimate, like you could put this record on as a good soundtrack to having a fun 40 minutes with a lover. Of course like some tracks on this album are more danceable, others are more on the side of the affectionate nature of The Black Queen's sound. 'The End Where We Start' features sensual synth notes as well as light, but constant percussive sounds underlying, whilst Puciato gently sings of him and another being consumed by each other and 'finding out what we're meant to do'. 'Distanced' features pulsing beats as well as quiet and ghostly ambient noise whilst Puciato soothingly sings once again of his desire for someone.

With every song following the same lyrical themes and overall having the same sonic tone, 'Fever Daydream' runs the risk of being samey, but the songs are memorable especially the poppier ones and there's enough distinction between them that you're still hooked to these cool electronics and Puciato's passionate, but often gentle vocals by the end of this record.

Overall The Black Queen have produced a fine synth-pop debut with 'Fever Daydream'. It's fun, slick, sensual and has this duality of being both tender and danceable. Whilst many an aggressive music fan is probably craving a new Dillinger Escape Plan album, it'd be nice if The Black Queen weren't left by the wayside like many side-projects are. This is a band with something special and hopefully we'll hear from them again one day.