Not too long ago, Temporary Hero released CHET. Next month (March 26) marks the drop of his next effort, entitled Tusk. If you're thinking, isn't that the same name as the Fleetwood Mac album? It's not only the same title, it's the same album, same music, same everything. Essentially, Temporary Hero took Tusk and reimagined it, translating it through the filter of electro-pop. 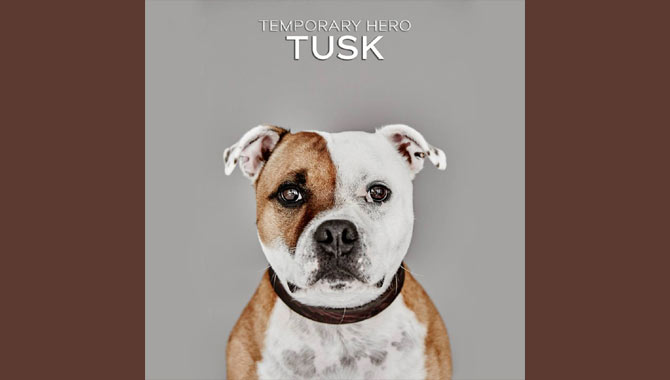 Temporary Hero hails from Portland, Maine and is a one-man band kind of thing. The one man is Jonah Bell, who is very talented, innovative and creative. Fortunately, the original Tusk was deemed an experimental album in 1979, which opens the door a bit, allowing one to at least suggest it might be re-interpreted. It sold 4 million copies worldwide and the band's label regarded the album as a bomb.

Bell's Tusk has 10 tracks, whereas the original double album consisted of 20 tracks.

The first track on Bell's album is 'What Makes You Think You're The One'. Bell's version opens with a heavy organ, like something out of James Caan's Rollerball. Then the melody enters, providing a floating, hovering sensibility throughout the tune. Bell's vocals susurrate with a surrealism that's actually not bad.  The song is pretty good, as long as you don't think about it being a 'remake'.

The best track on the album is, of course, 'Sara', which was the best song on the original album. Bell's version entertains a slow tempo, lots of electronic instruments and strong, clear vocals. Frankly, it's an excellent effort.

That being said, the drawback to reimagined albums is the inevitable comparison to the original. Naturally, the original version holds all the aces. For it's the one everyone has heard and fallen in love with. Any other version simply isn't going to be accepted. It's problematic from the start.

Bell's version of Tusk is delightful.  Excellent production values, instrumentation and melodies. But it still falls short, not because of any failing on Bell's part. The failing is my fault. I am mentally and emotionally invested in the original version.

For those not so narrow-minded and emotionally handicapped by the past, Tusk holds much to recommend it. It's worth a listen.