The 15th Anniversary of Infest, we all knew, was going to be unforgettable for everyone involved and it certainly well exceeded everyone's expectations this year. Held at Bradford University's Student Union over the August 23rd- 25th weekend, festival goers had a lot to look forward to with a line-up that shone even brighter than 2012's spectacular Suicide Commando led bill, and with organisers being more determined than ever to put on the best show ever given that the festival's future remains questionable. 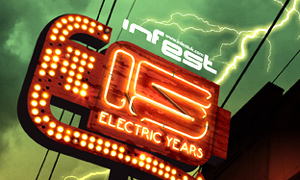 Infest has always been an extremely underground event, half the size of your average small festival but with a hundred times more dedicated following, with goths jetting in from all over the UK and Europe to enjoy three days of partying and great music. However, with an up-and-coming larger festival threatening to usurp Infest's place on the summer festival circuit, the joys were marred with a desperate sadness.

Arriving at the venue on Friday gave us the usual thrill as a mass of synthetic dreads, tiny latex outfits and enormous boots came into view among which were found familiar faces from all over the country. We were in good time to see the first band of weekend, Metaltech, which we casually watched from the side expecting a bit of a joke given that they were opening the stage. However, expressions soon changed from scepticism to bewilderment as they pulled out a powerful, high-energy set despite the daft white and orange KISS style make-up and the glowing gas mask. Such funky basslines are uncommon in this type of industrial music scene and we certainly weren't expecting such mighty vocals reminiscent of Cubanate's Marc Heal - or, indeed, to be shot at with a bubble gun. 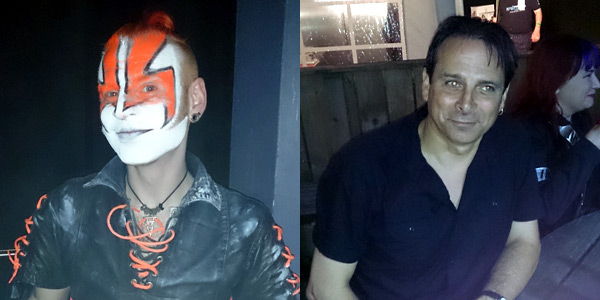 Metaltech and Dive were Friday favourites

We thought it could only get better after that, however techno-industrial four-piece Inertia failed to grab our attention. Alexys B has a beautiful voice and dance tracks like 'Feline Fantasy' got our feet moving, but generally they were almost like a second-rate, post-2000 Depeche Mode. Belgian band Dive, led by singer Dirk Ivens (also of Absolute Body Control, Klinik and Sonar), may be one of the most innovative artists on the industrial scene, but after we'd seen a couple of songs, we thought we'd seen them all with their trademark distorted drum machines making each song indistinctive for the first time listeners. Now, influences are not a bad thing, but Pride & Fall were seriously risking getting an angry phone call from VNV Nation with their lyrics, however they did show their own identity by opening their set with an unexpected classical feel as we saw the guitar been played with a violin bow.

Arriving a little early on Saturday, our first destination was the alternative market; a clothes sale selling all the latex, corsets, platforms and items of clothing I'll never know whether to wear as a top or otherwise that you could wish for. There were also masses of CDs, live DVDs, T-shirts and merchandise available all weekend from festival sponsors Music Non Stop, as well as an amazing food tent selling chunky chips, delicious burgers and mild curries with very forgivable prices. 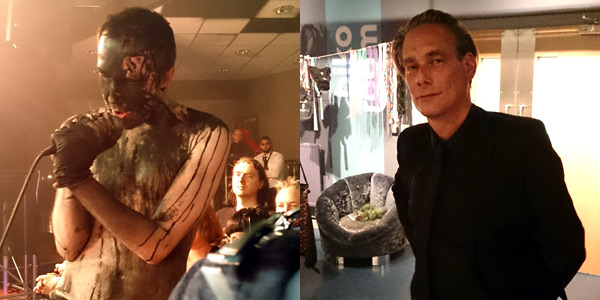 Chrysalide and Covenant were the stand-out shows of the weekend

AAAK were the first band of the evening and proved to be an acquired taste for most with heavy, guitar-driven, rap-laden tracks like 'Tough Luck' - although the set was fairly infectious, it was clear that nobody knew the appropriate dance moves and the lead singer looked rather out of place in his beanie hat. Polish duo Wieloryb were an interesting addition to the line-up and definitely the sort of thing that most people were there for. Despite what their name suggests, it certainly wasn't whale song and reminded me of the pure noise that emanated from label buddies Maschinenkrieger KR52 Vs. Disraptor's set at Infest 2011. It's the kind of heavy electronics that you can only enjoy live and they kept the tracks unique with unexpected added vibes such as the bhangra style beat mid-set. Following that was probably the most memorable performance of the whole weekend from French trio Chrysalide. Drenched in black dye, the two singers thrilled the audience with their close contact and flawless tunes; although they were, without doubt, highly influenced by Skinny Puppy, this hardly affected their charm and I found myself enjoying every minute of it - apart from the accidental though inevitable shower of sweat and spit I got from one singer's repeated audience participation. They rounded of their set with a truly astounding cover of Pink Floyd's 'Another Brick In The Wall' which drew rapturous applause. We didn't stick around much for British band Click Click, though a slither or their 45 minute set reminded us strongly of Alien Sex Fiend, however we did secure a good seat (well, standing spot) for the much anticipated DA OCTOPUSSS. We didn't even have to wait until they'd started their set before the atmosphere was slightly dampened by the fact that they just walked on, with the stage fully lit up at the same time as host Tails came on to announce them. We'd expected a bit more of an entrance from people in rubber octopus masks, plus the shirt and ties sort of ruined the whole look. After the initial disappointment though, the set was pretty impressive - sort of like, crescendo-laden, extreme dubstep; after all, goths never do anything by halves. The night's live music ended with an enjoyable sixty minute set from Imperative Reaction, who sounded a lot more guitar heavy live than in the studio. This was unexpected, but didn't take away from the experience - they sounded like a kind of futurepop version of Nine Inch Nails which can only be a good thing given that you'd be hard-pushed to find a single Infest festival goer who doesn't have a soft spot for Trent Reznor.

Sunday brought with it an initial heart-stopping moment when we realised that, due to a mess up with the train times, we were missing the entire set from Autoclav1.1 and only caught the very end of what sounded like, judging by the exhilarated faces surrounding us, an astounding 30 minute performance. However, our frowns were very quickly turned upside down by the arrival of Future Trail which turned out to be the day's highlight. A female singer with a feisty attitude is what grabbed me at first and this coupled with their soothing electropop made them the second band of the weekend to keep me hooked from start to finish. With tracks like 'Patience' and 'Never Farewell' from their last album, 'Breaking New Ground', Mel Guntzelsson kept the swaying, nodding and glowstick waving crowd totally absorbed. Given that 'personal circumstances' had forced them to put together a new line-up and also that it was their first gig outside of Germany, it was a triumph indeed and I was thrilled to later get the opportunity to grab a photo with her. XMH from the Netherlands were on after; it was on the heavy side of industrial and the singer's guttural bellowing reminded us a little of Grendel. Those were the mental notes I made at the time but, to be oxymoronic, they were noticeably forgettable. 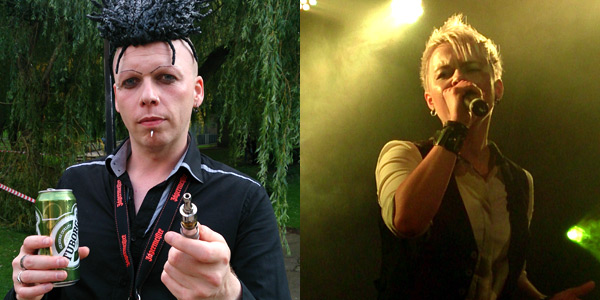 Autoclav1.1 and Future Trail got Sunday off to a good start

Then came Sono, which wasn't so much a disappointment as a surprise; while trying to work out where they were coming from with their sound, I found myself turning around and going, 'Are they a bit. boybandy?'. The music itself was pleasant enough; Lennart Salomon's vocals were very pretty but I was in the mood for something a little bit heavier - no matter how catchy 'Always Something Missing' was! After that, we heard Italian industrial/electronica band Cervello Elettronico. I just didn't get it. When they started, I'm sure they were doing some sort of last minute sound fix, and as the same repetitive tune wore on, it didn't seem like it was going anywhere so we left them to it to prepare for the weekend's main event: Covenant. As expected, the Swedish synthpop/EBM group drew almost everyone in front of the stage and we managed to secure our place at the front half an hour beforehand. They played some of their most loved tracks such as 'Bullet', 'No Man's Land', 'The Men' and 'Happy Man' and, although it was extraordinary to see them perform live, we sort of thought the live DVDs were more enjoyable. They have been around since 1986, though, and were guaranteed a devoted audience at such a small place like Infest so I just don't think they gave it their all. Singer Eskil Simonsson seemed genuinely happy to be there, on the other hand, and stuck around as host Tails drew out names from the raffle, occasionally chiming in to issue the odd thanks here or there with an oddly robotic voice that would put Stephen Hawking to shame.

Covenant's headline set rounded off Infest 2013 with a bang

All in all, Infest 2013 was a thoroughly enjoyable experience and we cherished every moment given that we possibly won't see it return next year - or the year after! On the other hand, a large handful of people we spoke to seemed convinced that it wasn't going to come to an end and we hope that our community spirit and support will be enough to keep this festival alive for many more years to come. Do keep an eye on http://www.infestuk.com/ for any news regarding next year and if this sounds like your cuppa tea, make sure you bag a weekend ticket!