Review of Come Back Album by Emma Frank

Buoyed by the success of last year's 'Ocean Av' album and newly signed to Justin Time and the Nettwerk Music Group, Boston-born Brooklynite Emma Frank releases her fourth album 'Come Back'. Unsurprisingly, given the results, Emma continues her collaborative partnership with pianist Aaron Parks on her latest record as she explores "love, lust, self-doubt, commitment and sadness". 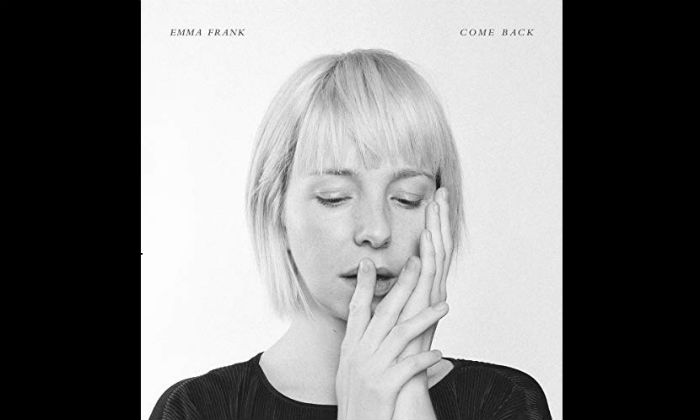 Emma's new material follows neatly on from the title track of her 2018 album. The feel of her new record adopts the openness hinted at on 'Ocean Av' and embraces that completely. Emma sits behind, and hides behind, nothing on her new album. The clarity of the new songs is one of the great characteristics that help define it.

To say that 'Come Back' feels fresh is not really doing it justice. This is like listening to the real thing, picking and eating ripe fruit at the source, stepping out into the early morning's first sunlight on a snow covered day. The way that each of Frank's new songs have been captured is both a testament to her performance but also to the seemingly transparent and crystal clear production.

The lead single from the album is also its opening track. 'I Thought', a song Frank says reminds us that "we can grow and change and still be committed to those we love", is a blissfully laid-back introduction to the nine track album. The subtle, soft strings, gentle beat and smooth vocals combine to deliver up a slice of sumptuous tranquillity. Emma Frank's voice is poised and set at just the right level above the soundtrack to let the instrumentation breathe but also to let the vocal take centre stage. Emma Frank's cover of Wilco's 'Either Way' is similarly framed. Replacing the guitar for a piano, and giving the vocal more limelight than the original, Frank sings out a tender interpretation of a beautiful song and puts her own stamp on it with the help of Aaron Parks' deftly executed piano score.

The combination of Frank's soft, smooth, mildly soulful vocal with Aaron Parks' piano is another of this album's defining characteristics. The relationship between the two is what helps elevate this record; that and the refreshing way in which it has been put together. There is, seemingly, a distinct lack of layering up, no affected vocalization and no wizardry. The whole record has a phrasing and lyrical annunciation that is rare but so effective. Each song has the ability to cut through and connect with its elegant, almost regal, clarity.

'Sometimes' is a case in point. Emma's vocal follows the ebb and flow of Parks' piano with such grace and ease you would never want to separate either from each other. 'Sometimes' is also where the inevitable comparisons to the high priestess of Jazz infused Folk, Joni Mitchell, are unavoidable. The album's title track could draw similar comparisons. The lone piano and vocal, with a barely audible percussive beat, is a highlight of the album. The stripped-back, up-front, de-cluttered and unfussy song is a triumph of minimalism and the less-is-more approach.

Emma Frank's latest record showcases her wonderful voice supremely well. Her song-writing continues to evolve and grow and her unique phrasing and delivery never ceases to please. Aaron Parks should not go unrecognised as he deserves a lot of credit for helping to shape Frank's latest release but it is the overall sound of this record that makes it stand out. It is refreshingly simple and yet oh so effective and affecting.