Review of Silverback Album by Aliment

I'll tell you something we don't hear a great deal about in the UK: Spanish punk. Actually, let's cast the net a bit wider - any music from Spain at all. Go on, try and name a band from Spain. Las Ketchup can't be the only musical export the Spaniards have to offer. 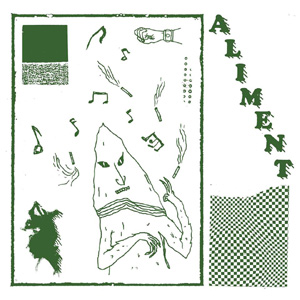 Aliment then, are Spain's second ever band (possibly not strictly true) and it's hard to hear Las Ketchup's influence in their sound, as they've traded in the flamenco-pop stylings of their compatriots for a more hard edged punk sound. 'Silverback' is their second album, and clocking in at 22 minutes it is a fairly brief rock 'n' roll attack.

Kicking off with the 74 second long 'Razors', Aliment let loose a full throttle attack of big, crashing drums, fired up distorted guitars and motor-mouth mile-a-minute vocals with just enough indie edge to keep it vaguely accessible. It sounds closer to the Kooks or Kaiser Chiefs on steroids and blue Smarties than Ramones or Black Flag, for instance.

The album rattles on with much of the same for its miserly, paltry run time with 'Car Crush' and 'Maniac'. It's not anything you haven't heard before, but it's a great deal of fun. The album's highlight, 'My Filthy Old Sundays', sounds like a lo-fi Ash having a mess around in their practice space with wailing guitars and a high speed charge.

Unfortunately though, for an album of only 22 minutes in length, the whole thing is painfully samey. All of these songs go like the clappers, they all have about four chords in them and they all have hyperactive yet inaudible vocals thrown over the top of them. At first it seems chaotic but the edge disappears as the album becomes so formulaic.

Aliment are good at what they do, which is bread and butter no frills indie punk. It's good fun but it won't change your life. At 22 minutes at least it doesn't feel like a huge waste of time either.