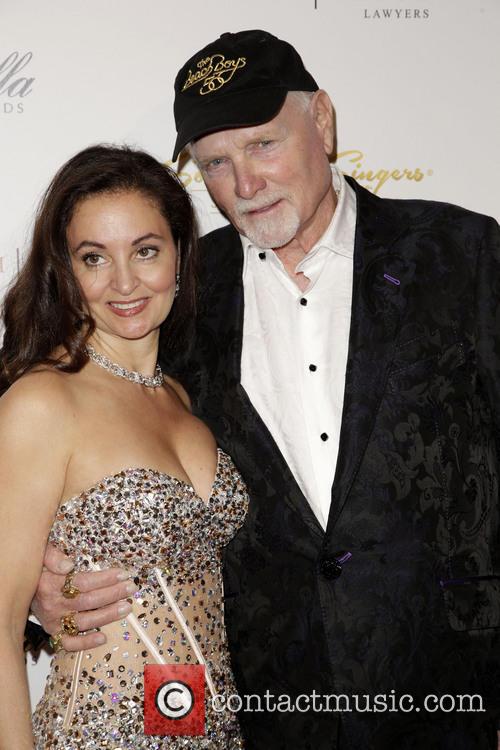 Brian Wilson and Jeff Beck should make for an interesting live experience.

We already knew that Jeff Beck had contributed to Brian Wilson's forthcoming solo album, though it appears the pair's collaborative future is more serious than we first assumed. The rock heavyweights are set to hit the road together for a tour that begins in Hollywood on September 27, 2013.

"He's got a truckload of hits to play, but we'll build on that and interact," Beck told USA Today, "Brian will kick things off, but I'll also be given enough time to establish what I'm about. In the end, we'll mix and match. It's a complete honor to be on stage with him."

The enigmatic Wilson simply called guitarist Beck "very well versed" in his music, noting that "he'll play in the pockets where I'm not singing. He brings that great guitar-player kind of thing to the picture."

Video - Jack Black Is Joined By Gene Simmons, Bob Saget And Two Of The Beach Boys At His Friar's Club Roast

Rockstars and comedians hit the Hilton Hotel in New York City for the Friars Club Roast of Jack Black. Along with Black himself, Kiss star Gene Simmons and his wife Shannon Tweed and son Nick Simmons also made appearances.

Continue: Video - Jack Black Is Joined By Gene Simmons, Bob Saget And Two Of The Beach Boys At His Friar's Club Roast

Brian Wilson and Al Jardine have publicly responded to the news that Mike Love and Bruce Johnston would be continuing to tour without them, using the name The Beach Boys. The band have recently completed a 50th anniversary Beach Boys tour and were promoting their recent album of new material, That’s Why God Made The Radio. Mike Love had already written to the Los Angeles Times explaining his decision to tour with Johnston under the name The Beach Boys – a move which caused outrage with many as some saw it as his was of ‘firing’ his cousin, Brian Wilson. Wilson has long been considered the creative core of The Beach Boys by a huge proportion of the band’s fans.

In his own letter, Wilson said “Normally I wouldn't respond to something like this, but because I love what the 50th has done for the band's image and its legacy, I feel I need to… Recording "That's Why God Made The Radio" was a dream come true, to be able to co-write and produce an album for the boys and have it so well received by fans all over the world was the best!... Now on to the rumors: As far as I know I can't be fired--that wouldn't be cool… What's confusing is that by Mike not wanting or letting Al, David and me tour with the band, it sort of feels like we're being fired.”

Wilson goes on to say that he felt “blindsided” and “disappointed” by the announcement. We’re sure that lots of Beach Boys fans will also be disappointed that what should have been a joyous time for the band has descended into this unsettling situation. 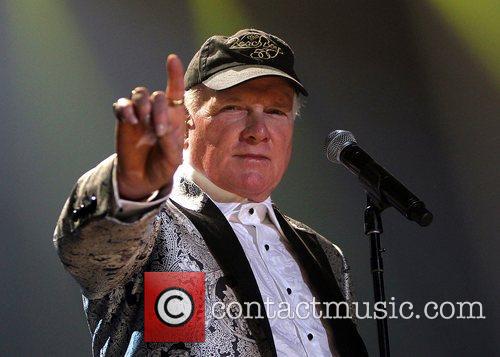 The Beach Boys will continue to tour after this summer's special 50th anniversary set of shows, but guess what, three of the original members won't be joining them, after Mike Love opted to let them know via a public statement that he wouldn't be requiring their services after this week's shows in the UK. Ouch. That means that founding members Brian Wilson, Al Jardine and David Marks will no longer be with the band again; Love will be touring as the Beach Boys in October, but he'll be reverting to the members who had been playing under that moniker beside him since he took over the rights to the group's songs in 1998, which includes original member Bruce Wilson and their long time backing band.

Rolling Stone reports that Love issued a statement that said "As we move on, Bruce and I look forward to performing live for Beach Boys fans everywhere." By way of explanation for the sudden cull of the three original members, he added "The 50th Reunion Tour was designed to be a set tour with a beginning and an end to mark a special 50-year milestone for the band."

It's disappointing news indeed, not least because of the fight Brian Wilson underwent just to make it for the 50th anniversary shows, undertaking two procedures to correct a problem in his lower back. We can't help but feel that Love's dropped the ball a bit on this one. 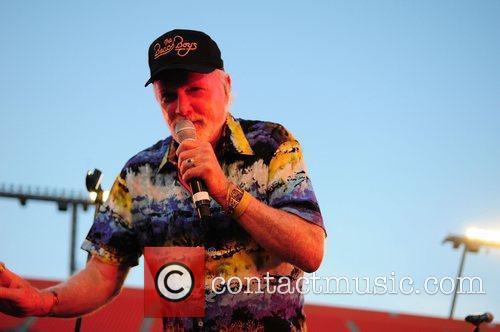 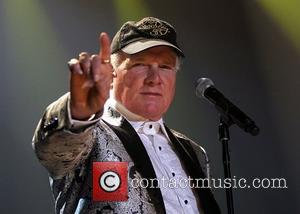 Mike Love: 'I Have Not Fired Brian Wilson' 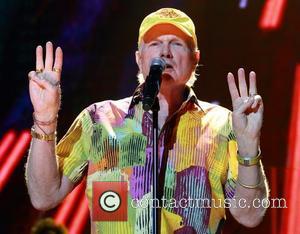