'Punk is dead'. That was what we were told long ago. 'There hasn't been a decent British punk band to enter the music scene in years' they said. However, times seem to be changing, because Derby based four-piece Max Raptor seem intent on blasting Brit-punk back into the mix with their debut album, Portraits, released on 11th April 2011. It's ambitious, confident and energetic, rock /punk at the same time, full to the brim of sing-along choruses and powerful, chord-based rock music. Successful? That remains to be seen, but first impressions aren't bad at all. 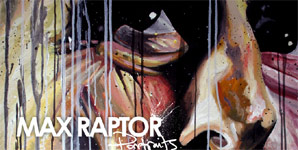 At first listen, it's hard to understand what Max Raptor were trying to achieve. The very beginning of The King is Dead sounded like Max Raptor had tried to create an odd fusion of rock and punk - ordinarily a mix that would be difficult to achieve and unorthodox to even try, and it can throw the listener off slightly. Max Raptor have self styled themselves as having "classic British punk attitude", and there's a definite case to be made regarding this - Max Raptor throwing a salute back to the age of Brit-punk is very apparent - but it certainly can't be argued as pure punk music either. There's a lack of 'anger' about it. It's energetic enough, and to display more anger there's shouting within the vocals and there's fast-paced rhythms, but you don't get the sense that Max Raptor are angry at anything in particular, which seems to be an essential ingredient in punk music. So what is it? Happily, after a few songs the fog begins to clear; it's not really meant to be either, its meant to be rock music at its most raw and fun, and if you aren't singing along to the chanting cries of "the king is dead!" then it's obvious that Max Raptor have failed to achieve what they set out to do.

Speaking of chanting, it's especially noticeable that there's a lot of this throughout the album. Shouty chorus chants and the use of the rest of the band shouting something in the background are common on this album, and because of this it puts one in mind of a British, harder and more punky Billy Talent, but without as much socio-political lyricism. Portraits sounds more like pure rock music than hardcore punk, written for the pure love of writing rock music which delivers a ballsy punch to your ears. Very well mixed and balanced Max Raptor's debut makes the listener sit up and take notice.

It's good, Max Raptor have managed to capture something of the age of British punk, and also something of the new age of indie music all in one album, and because of this Portraits could be appreciated by a wide audience and set the stage for their future career.

Overall, then, Portraits looks set to shoot Max Raptor onto the rock scene with a bang, but Portraits is the kind of album that a listener will have to give a chance before deciding that they actually like it. Those of a "first impressions" persuasion might find themselves disliking it and discarding it before actually giving it a chance. After giving it a chance, however, it deserves a very good 7/10. 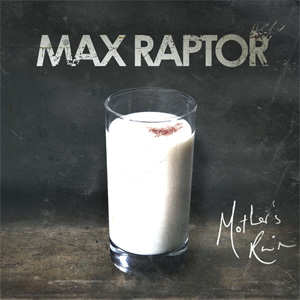 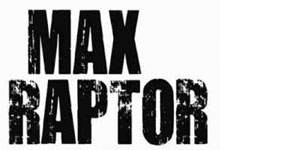