Dr. Martin Luther King Jr.'s story of his 1965 march through Alabama is told in all its harrowing detail in Ava DuVernay's forthcoming biopic 'Selma', a movie in which Oprah Winfrey spent no time at all getting involved. 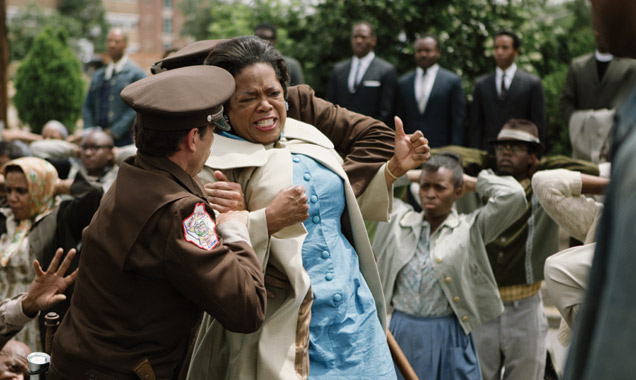 Oprah has always held the issue of civil rights among African-Americans close to her heart, having appeared in a number of movies depicting the plight of racism in the US such as, most notably, 'The Color Purple' and, recently, 'The Butler'. But 'Selma' sees the new dawn for civil rights captured in a new film, with Martin Luther King's iconic march for black people's right to vote adapted by director Ava DuVernay and screenwriter Paul Webb. Her interest led to her not only coming on board as a producer, but also landing the role of legendary protester Annie Lee Cooper, who famously struck a Sheriff in the face after being refused the chance to register to vote.