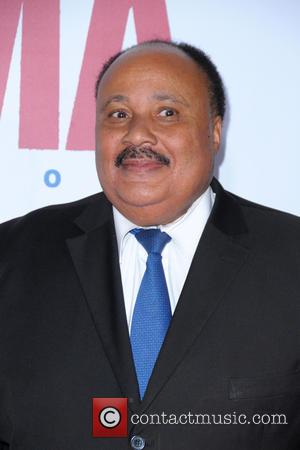 Picture: Martin Luther King III - Shots of a variety of stars as they took the the red carpet for the premiere of the movie drama...

Samuel L. Jackson has officially signed up to make his Broadway debut playing civil rights icon Martin Luther King, JR. in a new play.
The Pulp Fiction actor will take to the New York stage later this year (11) with a starring role in The Mountaintop by Katori Hall, which chronicles the imagined events of the night before King was shot dead in Memphis, Tennessee in 1968.
The long-rumoured casting was confirmed this week (beg11Apr11), with previews set to begin in September (11) ahead of the play's official opening on 13 October (11).
A statement from the show's producers reads, "The Mountaintop is a brilliantly conceived gem of a play. An ambitious work of fiction that is powerful, heartbreaking, humorous and exhilarating... We are honoured to be presenting the Broadway debut of the great Samuel L. Jackson."