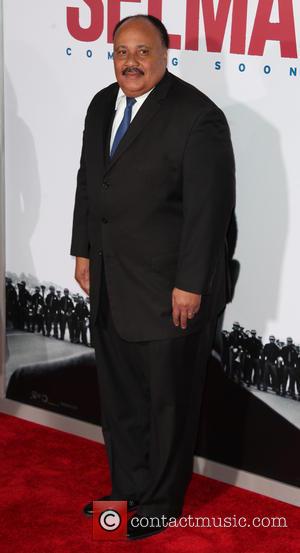 Picture: Martin Luther King III - Shots of a variety of stars as they took the the red carpet for the premiere of the movie drama...

Bernice King was ordered to hand over her father's treasured Nobel Peace Prize and his copy of the Bible in an ongoing legal fight with her brothers Dexter King and Martin Luther King Iii.

The possessions will be placed in a safe until the case is settled, but Bernice has spoken out to urge her siblings not to part with the items if she loses the lawsuit. The brothers launched the action to win ownership of the keepsakes so they can be sold on to a private buyer.

Bernice tells Tmz.com, "I don't think these items should be sold. They're very sacred, not just to me, but to a lot of people... Both of them represent the heart and the soul of what he did. They are rare and precious and very sacred... I just don't believe, morally, that you sell them.. I think they properly belong where they already are - with our family."