Maria Menounos Has Just Had A Brain Tumour Removed

With her mother battling brain cancer, she never thought she'd be in a similar situation.

It's been quite the tough ride recently for Maria Menounos, whose not only got the ongoing struggle of her mother's brain cancer to contend with, but also recovery from the surgical removal of a tumour from her own brain. Thankfully, it looks like she's going to fine.

The SiriusXM radio host was diagnosed with a meningioma brain tumour the size of a golf ball this year, which may have been benign but was ultimately still causing her day-to-day problems. She subsequently had 99.9% of it removed successfully, with less than 10% chance of the tumour returning at a later date. 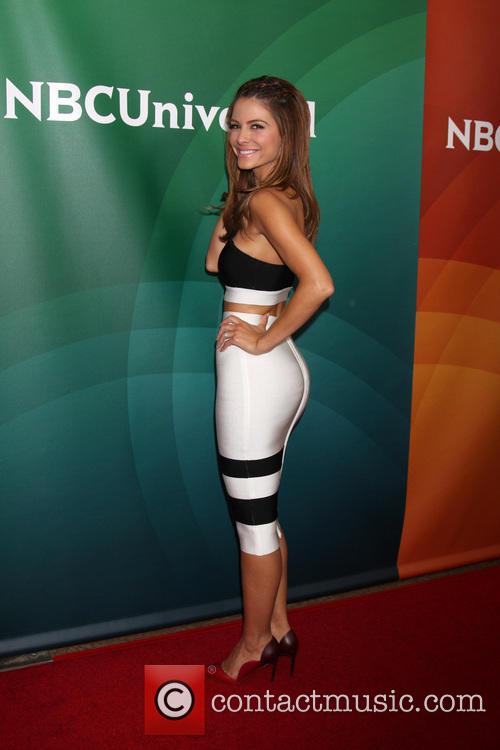 The 35 year-old media personality has walked away from co-hosting the celebrity news channel but "there is no bad energy."

Maria Menounos will no longer work for 'Extra'.

The 35 year-old television personality is walking away from her post as co-host of the celebrity news program.

Menounos has worked on Extra, alongside Mario Lopez, for the last two years, but she is now walking away to "explore other options," Us Weekly reports. 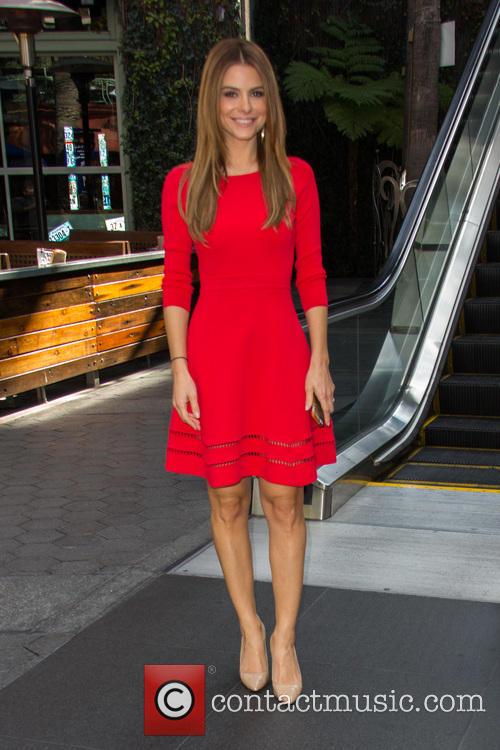 By Victoria Pavlova in Lifestyle / Showbiz on 12 June 2013

Several celebrities have been coming in with reports that Jack Nicholson, the man we all know and love from his numerous screen roles, might not be so lovable after all. One woman to feel the wrath of Nicholson was TV presenter and overall triple threat Maria Menounos, when she reportedly got on the wrong side of one of his “moments” during an LA Lakers Game at Staples Center.

“I get booted!" she revealed on Conan. "These guys come and pull us out of courtside. I’m like, ‘What is going on?’ ... I’m like hiding out of this hallway, and all of a sudden Jack Nicholson comes out of the bathroom, and he’s like, 'Hee hee hee.'"

"He got me kicked out! I heard later he called [LA Lakers owner] Jerry Buss and he had me removed!” 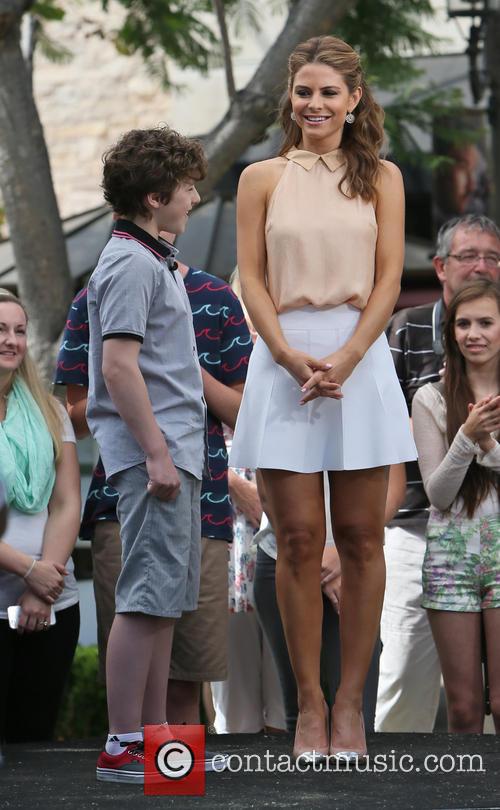 South Korean pop star Psy – who recently signed to Scooter Braun’s (Justin Bieber’s manager) label – is now officially famous, having watched a flash mob dance in his honour. The singer became an overnight sensation when his video for ‘Gangnam Style’ went viral, and the now ubiquitous dance featured in the clip has led to flash mob dances across the United States.

Psy appeared at The Grove shopping mall in Los Angeles on Monday afternoon (September 17, 2012) for an interview with ‘Extra’, though was greeted by horse-riding dancers who had prepared a secret routine for him. The Korean star appeared stunned as hundreds of fans began dancing ‘Gangnam style’ in sync, with television presenter Maria Menounosleading the pack. The flash mob was actually the worst kept secret in Los Angeles, with Extra announcing plans for the dance on its website on Sunday, telling fans, “Wardrobe note: Please wear something comfortable or feel free to wear Psy-inspired clothing.” Nevertheless, the fans duly complied and turned up in their droves, head-to-toe in Psy-like garments.

The singer’s appearance comes a day before a group of lifeguards appeal against their sacking by El Monte City Council for making a Psy tribute video. The 13 workers were fired for spoofing ‘Gangnam Style’ though they’ve already got the backing of the man himself. Psy recently old MTV, “Unfortunately, I'm a rookie here. When I become a big star here, I really want to help them out because that's not fair. I don't think so…What did they do? They weren't wrong? I think it was off duty — that's what I heard. They can be more flexible to each other.”

'Dancing with the Stars' professional dancer Derek Hough and his dance partner TV presenter Maria Menounos have lunch with family at The Grove in LA. He is asked who he thinks will win the 2012 series of the show before he returns to his party who are taking photographs. They are also happy to take photographs with the fans who come over to the table.

There has been some media speculation regarding the closeness of the 'Dancing with the Stars' Team Menough. As well as the chummy dinner date at The Grove, the pair recently posed for a very friendly picture at the Bud Light Lime 'Lime-A-Rita' Cinco de Mayo party in Las Vegas. Despite this, Maria's long term partner seems unfazed by the dancers' blossoming friendship

Maria Menounos at Barnes and Noble on assignment for the entertainment programme 'Extra'. The TV personality, known for her work on Today; Extra and Access Hollywood stands for photographs in the bookstore.

As a girl, Maria participated in beauty pageants. In 2006, she hosted the Eurovision Song Contest in Athens. As of 2011, she will co host Extra with Mario Lopez. Maria has also appeared in TV and film, with guest appearances in One Tree Hill and Scrubs and a cameo appearance in the 2008 film Tropic Thunder
1
Maria Menounos 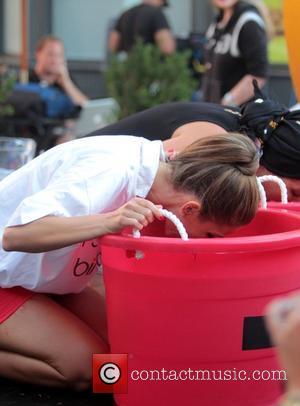 Maria Menounos Reveals Sexual Abuse At The Hands Of Doctors 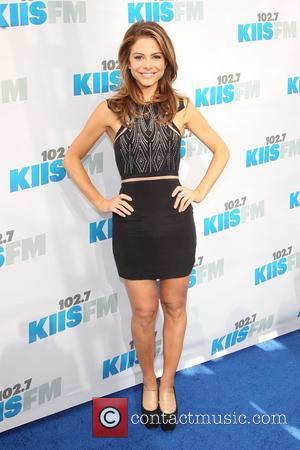 Dancing With The Stars: Can Katherine Jenkins Take The Crown? 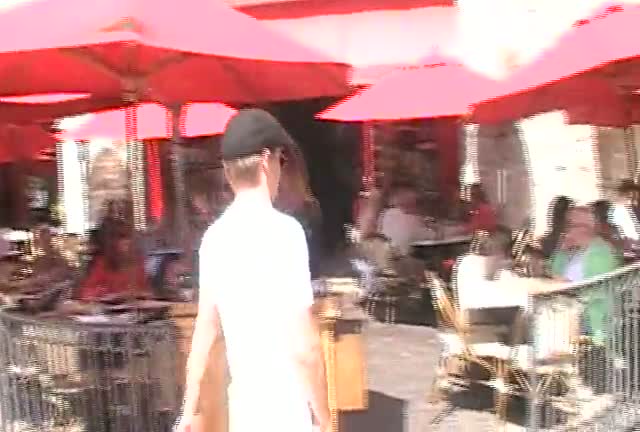 Maria Menounos And Derek Hough Get Camera Happy At The Grove 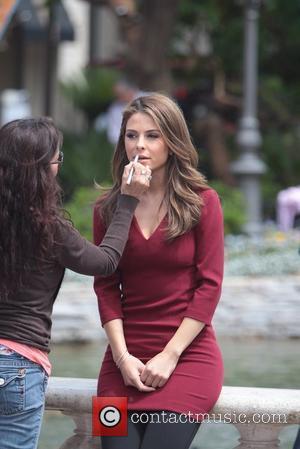