Kings of Leon - Wait For Me Single Review

Review of Wait For Me Single by Kings of Leon

The kings of iconic, alternative garage rock Kings Of Leon follow up 'Supersoaker' with the release of 'Wait For Me' due to be featured on their 6th Studio Album, 'Mechanical Bull'. 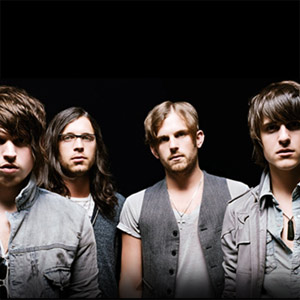 What is immediately made clear through the mellow guitar arpeggios is that 'Wait For Me' is going to be an intimate, introspective Kings of Leon song similar to previous releases 'Pyro', 'Mi Amigo' and 'Trunk' rather than one of their rock-punk jams such as 'Molly's Chamber' and 'Red Morning Light'.

The instantly distinguishable, adenoidal vocals of Caleb Followill are emphasised above the simplistic instrumentation expressing his broad range of tone and ability to extend individual words into grainy multi-pitched song lyrics to compliment the simplistic guitars and minimalistic drums.

Although the stripped back sound and heartfelt lyrics are admirable and pleasant to listen to, throughout the song you are left 'waiting for' the tempo to increase and hear the familiar arena born chants and continuous chord structure featured on the bands previous singles. This limits the song leaving it rather one dimensional, separating itself from previous international hits 'Use Somebody' and 'Sex Is on Fire' and questioning its impact on the charts despite the expecting radio play.

The strategic release suggests 'Mechanical Bull' will be a compilation of faster rock hits such as 'Supersoaker' and more relaxed and minimalistic songs such as 'Wait For Me' similar to the band's previous album 'Come Around Sundown'. Roll on its release in September!