Kate Middleton will be ditching the 'obey' portion of her wedding vows when she marries Britain's Prince William at London's Westminster Abbey next week. 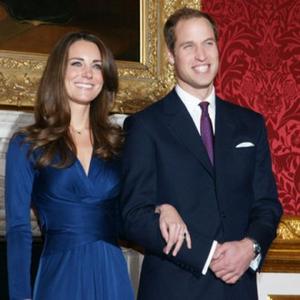 Kate Middleton won't be promising to "obey" Britain's Prince William when she marries him next week.

The future princess - who is to tie the knot with the royal on April 29 at London's Westminster Abbey - will be following in the footsteps of William's mother, Princess Diana, and omitting the word "obey" from her wedding vows.

Instead of promising a lifetime of obedience towards her future husband, 29-year-old Kate will opt to "love and comfort" her spouse in the same way the late Diana did when she married Prince Charles in 1981.

According to friends of the pair, the revamped vows are a more modern and equal choice for Kate and William.

A pal told the Daily Mirror newspaper: "They have been together for 10 years, studied together, lived together and have the same friends. They are equals in every way, and have planned this wedding as equal partners, so for Kate to 'obey' doesn't make sense.

"Most brides choose not to say it these days and both William and Kate are aware of the public's perception of her as representing the modern woman and a fresh, modern face for the royals."

Yesterday (21.04.11), Church of England head the Archbishop of Canterbury Dr. Rowan Williams, who will officiate the Royal Wedding, praised William and Kate for their realistic approach to the future.

He said: "I've been very struck by the way in which William and Catherine have approached this great event. They've thought through what they want for themselves, but also what they want to say.

"They're responsible to the whole society, and responsible to God for their relationship. I think that they are deeply unpretentious people, and that message about taking that responsibility sensibly, realistically, courageously, comes over very strongly in conversation with them."