Hacktivist - Outside the Box Album Review

Review of Outside the Box Album by Hacktivist

Three years is a long time to wait for a debut album. But then, Hacktivist have hardly trodden a traditional path to reach February 2016, and the release of Outside The Box. 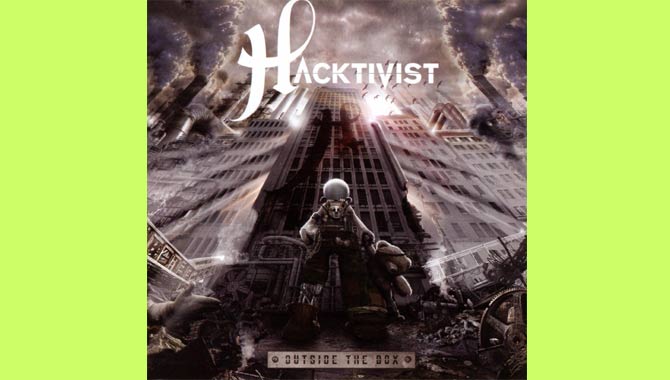 The verdict? This is a real statement of intent from Hacktivist. Their unique meld of UK grime and precise, technical riffing served as a sledgehammer to the sternum of the rap-metal scene from day one, helped no end by their superb cover of Jay Z & Kanye's Ni**as in Paris. Hello Radio One.

Outside the Box is at its best when it showcases the band's collaborative efforts. Heart of a Coward's Jamie Graham roars his way through Deceive and Defy, effortlessly trading the chorus lines with Marvin, while Rou Reynolds of Enter Shikari fame provides a stunning, haunting guest spot on curveball single Taken. That statement of intent? Looks like it's spreading beyond dominating the underground, this is a band swinging for the mainstream.

No Way Back has been a regular addition to the band's live set, while re-recorded versions of False Idols and Elevate - the band's politically charged finest hour - are worthwhile additions to the mix.

It's a taste of what the band are capable of, for sure, but it's one boasting big ideas and few bands as heavy could threaten the mainstream as seriously as Hacktivist.

Hacktivist - Outside the Box Album Review