It begins in 2005 Miami, where David (Miles Teller) is working as a masseur and living happily with his girlfriend Iz (Ana De Armas). Then he runs into his old school friend Efraim (Jonah Hill), who convinces him that there's money to be made selling weapons to the US military. Over the next few years, the business expands dramatically, bringing in a fortune as David and Efraim travel into Iraq to see their deals through. Then they land a massive new contract that involves working with a rather dodgy supplier (Bradley Cooper) and processing the arms in Albania. But as they start bending the law to maximise their profits, things start to fall apart.

And this is the main problem with the movie. Phillips completely ignores all of the issues and repercussions in the story. That these men are robbing from American taxpayers is basically irrelevant, as if all of us would, given the chance. And that the weapons they sell are killing thousands of largely innocent people is merely a quiet hum in the film's background. In other words, Phillips is trying to make a movie as punchy as The Big Short or The Wolf of Wall Street, but he only has the depth of Michael Bay's equally irresponsible but entertaining Pain and Gain.

Watch the trailer for War Dogs: 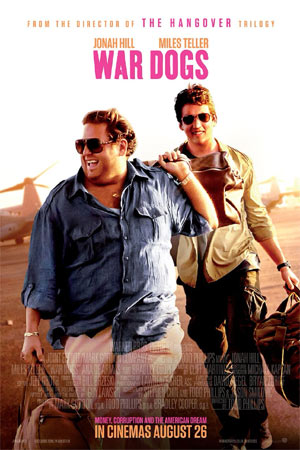