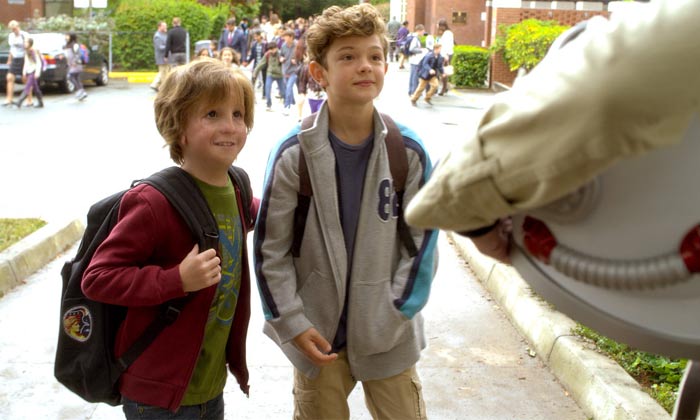 At the centre, Tremblay gives a wonderfully internalised performance as a young boy with a voracious curiosity and steely will. As Via and Jack, Vidovic and Jupe offer complexity in their points of view. And Roberts and Owen, although a bit of an odd couple, bring a terrific mix of humour and tenacity in the way they both protect their son and push him out of the nest. Other characters are a little sidelined, but still have strong moments of their own.

The film is an unusually sure-handed depiction of real life, with a blend of earthy awkwardness, wit, tension and uncertainty. As a result, watching it is a hugely emotional rollercoaster, happy and sad, but never maudlin. Some of the elements feel a little too harsh, but the film skilfully and unflinchingly takes on narrow-minded attitudes and subtle bigotry while remaining properly heartwarming. It's the kind of movie that should be required viewing in every school. And for grown-ups as well.