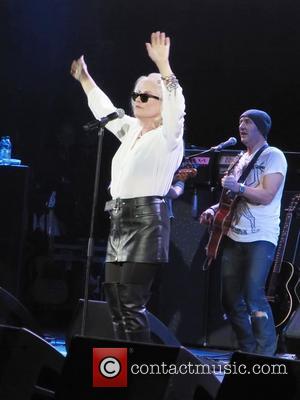 Punk icon Debbie Harry was inspired to throw herself into charity work after she saw Sir Elton John using his fame to highlight good causes.
The Blondie singer performed alongside Richard Ashcroft and Jeff Beck at an all-star gig at London's Hmv Hammersmith Apollo in January (11) to help U.K. charity Killing Cancer.
And she now puts philanthropy at the top of her list of priorities after witnessing Sir Elton's tireless work for Hiv and Aids projects.
Harry tells Britain's The Sun, "These things are important to my life now. I have the privilege of being able to get involved, so I do. I applaud people like Elton John, who have used their position to do so much good. I could really feel his power and see how effective it was in helping to highlight causes like Hiv/Aids and I thought I should get up off my fat a** and do something too."