Review of All These Countless Nights Album by Deaf Havana

Over the course of their career, Deaf Havana have occupied a space in mid-2000s rock that seeks out today's borders.  At the same time, they also reinforce a mainstream focus.  This is generally not to their discredit; it rather marks them as a voice of the times.

As the 80s glam rock gave way to 90s grunge and alternative rock, so has Deaf Havana's newest release, All These Countless Nights, turned in a new direction.  This direction is even more honest and clear in message than previous work.

The album features greater space, spaciousness, and orchestration (both in acoustic and electronic elements).  In truth, it is actually an enrichment of direction-not a change in one. Most songs still feature punk-like rock that follows a common formal pattern. But, they introduce distortedly compressed voice, a dance-like feel, and offbeat bass.  This alludes to the common stream of more electronic, dance-like, reverb-heavy music that dominates the alternative airways.

"Trigger" is a catchy lament that sticks in one's head. Multifaceted songs like it would be just as successful if realized in an acoustic session, and so I look forward to how Deaf Havana capitalizes on the versatility of their work.

The album as a whole delves into a sobering account of what was not sober-i.e. frontman James Veck-Gilodi's struggles with alcohol. As one of the lucky few of we musicians who achieves fame, struggles with substances, and lives to become sober and truly reform, it is as if he gives life to all those before him who did not make it that far.

Listeners will find a sound world that is broader than the previous releases' keenly focused mix.  In addition, the ideas in All These Countless Nights are distilled. Deaf Havana now focus their efforts on a few small, but powerful, phrases. In doing so, they harvest better results than throwing paint against the wall and hoping that something sticks.  You will hear only slight vocal doubling at times; spacious, crunchy/overdriven guitar juxtaposed with clean and acoustic guitar; and a drumming that provides room for other instruments to breathe, but is not afraid to be punchy. Going back to the grunge reference, the powerful bass line of "Fever" stands out.

But if you're reading this, you've probably heard "Fever". What you likely haven't heard is "Like a Ghost", an incisively personal account of struggling to find oneself and dealing with one's past. It also introduces some nice modulation effects on the guitar and a groovy drum part in the verse.  Its choruses feature subtly doubled voices and a driving intensity that keeps one "hooked". Another track that will keep one hooked is "England". This track features a highly rhythmic underlying riff that keeps one in a lighthearted, syncopated energy despite the wistful singing.

Yet, this album is not without its faults. The sound world is a bit recycled from old trends, even though the band is clearly looking to continue to adapt/"modernize" it. While I applaud them for looking to improve their sound, the music melds together and becomes a blur-slightly forgettable. The impression I get is of an improving mid-2000s-era band who don't push much further in their progress than they could. I wonder if this music has already been written by others.

This album has many merits, but the tracks' overall blurring together means I cannot give this 4 stars. I will have to therefore give it a very respectable 3 stars: good work, good energy, but please take this new energy to its extreme. I think the results of that will enable Deaf Havana to define borders yet again, instead of establishing the mainstream. 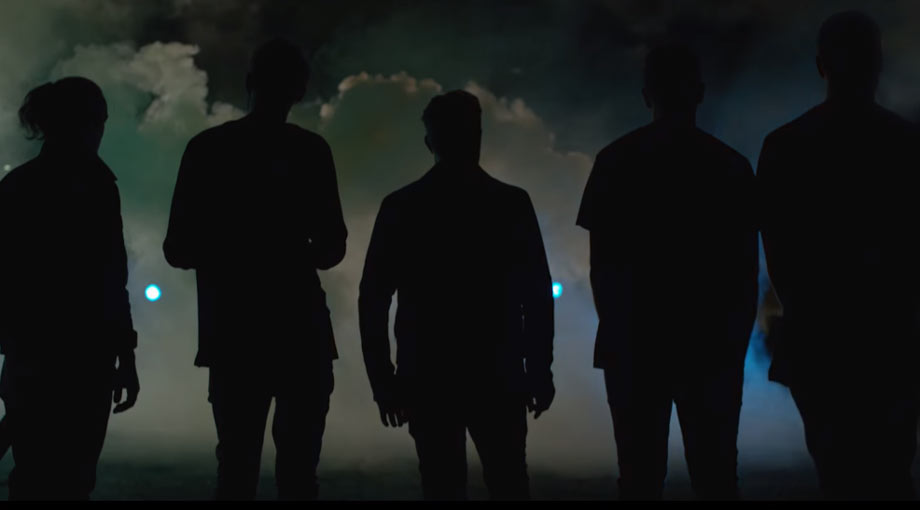