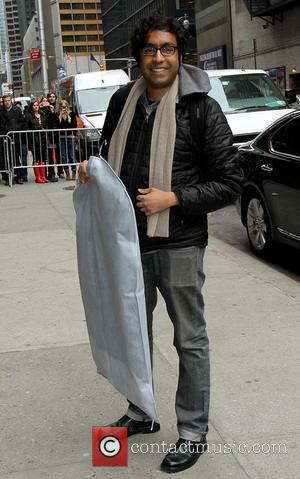 U.S. late-night Tv host David Letterman has confirmed he is planning to retire as the host of The Late Show in 2015.

Former R.E.M. star Mike Mills let the news slip on Thursday afternoon (03Apr14) after he had been a guest on the taping of the show, during which the 67-year-old host announced his plans to step down in a year.

Now, Letterman, who has been fronting the show for 21 years, has released his Thursday night monologue, in which he reveals he broke the news to his network boss at CBS, Les Moonves, before the taping began.

"I phoned him just before the programme, and I said, 'Leslie, it's been great, you've been great, and the network has been great, but I'm retiring'."

"We don't have the timetable for this precisely down - I think it will be at least a year or so, but sometime in the not too distant future."

A statement from Moonves reads: "When Dave decided on a one-year extension for his most recent contract, we knew this day was getting closer, but that doesn't make the moment any less poignant for us. For 21 years, David Letterman has graced our network's air in late night with wit, gravitas and brilliance unique in the history of our medium. During that time, Dave has given television audiences thousands of hours of comedic entertainment, the sharpest interviews in late night, and brilliant moments of candor and perspective around national events.

"There is only one David Letterman. His greatness will always be remembered here, and he will certainly sit among the pantheon of this business.

"On a personal note, it's been a privilege to get to know Dave and to enjoy a terrific relationship. It's going to be tough to say goodbye."

Some of U.S. Tv's biggest names have taken to Twitter to acknowledge the news: Ellen DeGeneres writes, "David @Letterman announced he's retiring in 2015. It's been 31 incredible years. Television won't be the same without you, Dave," and former Seinfeld star Jason Alexander adds, "Mr. Letterman, you have always been the best. I've had more fun on your show and you've been a class guy all the way. Enjoy ur (your) final days."