He teams up with Al Franken for 'Boiling The Frog'.

Sometimes the only way to tackle a major issue like global warming is to draw attention to it with humour. David Letterman has done just that by teaming up with Al Franken for a web series that examines all the boring subjects of the world with hilarious analogies. 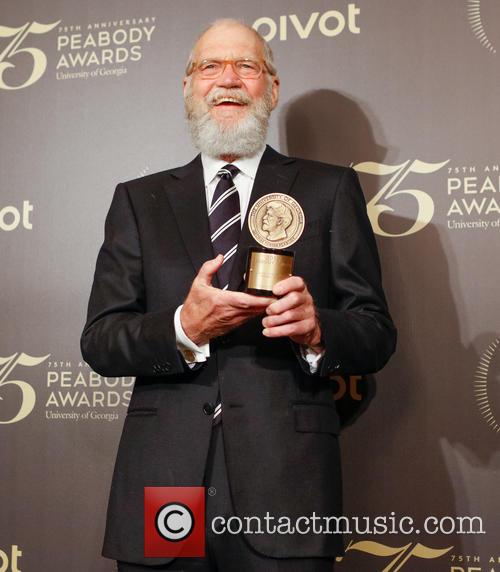 Global warming is the biggest issue that threatens our world, but it's difficult to grasp all the details about it - especially when there's so many people out there denying it even exists. Allow David Letterman and Minnesota Senator Al Franken to explain in the new Funny or Die series 'Boiling The Frog', released in partnership with the environmental series 'Years of Living Dangerously'.

In the first episode, entitled 'Senator Al Franken Takes On Climate Change', Al likens some members of the govement's disregard of global warming to being told by numerous doctors to go on a diet and stop smoking, only to then decide to go with the final doctor's advice of not to do either of those things, with it turning out that the last doctor was sponsored by a potato chip company.

It's an introduction into the series, which turns out to be an excellent exploration into climate change without being eye-rollingly dull. Each episode is around 5 minutes, and they premiered online yesterday (July 10th 2017).

'I'll tell you the climate situation and gun control makes me crazy. And the fact that 30 million people in this country are hungry every day', David Letterman told the Associated Press. 'I would do anything with Al, I would go anywhere with Al. I always wondered about what it looked like when a celebrity got up and talked about people who didn't have shoelaces, but it's killing me... He's figured out a way to do it and it's been successful. And the guy is superfunny, superintelligent and the integrity just seeps out from under his door.'