I took a bit of a gamble with Cosmo Jarvis, and have to hang my head in shame at the fact that I had never heard of him. Basically, I was instantly drawn to his album based on the bold and ambitious name of 'Think Bigger'. 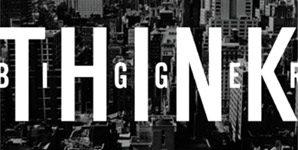 Luckily, it's a gamble that paid off because I have been instantly endeared towards him.

So why would I not have heard of Cosmo Jarvis?

Well, he hasn't always had good press regarding his music. Whilst he has been a scriptwriter and film maker for years, he only really entered music in 2009. NME gave his first album 1/10, and radio refused to play one of his tracks apparently based on the fact that the lyrics contained 'gang rape'.

However, when you live in an age of viral media publicity, this isn't such a big problem. The fact that Cosmo continues to write about issues we see everyday, in a way that comes naturally to him is a big part of why I like him. Listening carefully to the lyrics you get stories of life in an honest or humorous take. Cosmo Jarvis talks of He's clever, articulate, and his songs are so hard to categorise. Within this one album you get rock, folk, pop, and acoustic influences.

Opening with 'Love This' he talks of religion and being torn. It has a jazz style backing to it, and yet soon merges into pop. Being a talented film maker, there is also a humorous one take film using the devil and angels.

By far the best track would be 'The Girl from My Village'. Despite the fact it's about death, it has a lifting approach to it. Cosmo Jarvis sings honestly about death, how bad things happen to good people, and that nobody can avoid it - Even if it's too early on in their life. It has a definite chorus with a slightly addictive guitar pattern.

Perhaps not getting off to the best start has influenced the production of 'Think Bigger'. It's a more mature selection, and for someone who has a back catalogue of hundreds of songs, you can tell that a lot of thought went into this combination.

I'm not going to start gushing about how amazing he is, there are tracks here that I don't really rate. But on talent and natural ability, he deserves the recognition that I fear others will not be willing to give.

Strangely it's the title track that appeals least. With a vocal pitch only attainable to maybe 3% of men, it feels forced and tinny. A little unfinished as it lacks that real hook he has managed to achieve throughout the album.

There may still be room to improve, he's only young, but there has already been progression. I'd like to see radio pick him up in the same category as Ed Sheeran or Foster The People. 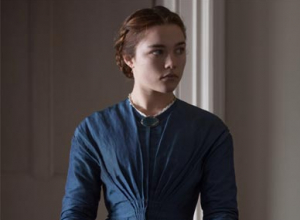 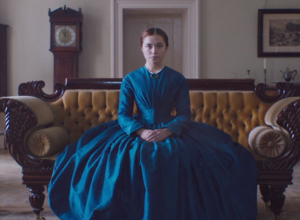 It's the 19th century and a young girl named Katherine is forced to marry a...