This super band mash-up tour was one of the highlights of 2015 so far. After being announced in August following their performances at Reading Festival last year, the two bands, along with support act Walk The Moon, almost tore the O2 Arena apart on Valentine's Day.

Opening the tour was Baltimore band Walk The Moon. Walking out on stage to 'Circle Of Life' from Disney's 'The Lion King', the crowd began clapping instantly. The multi-talented lead singer spent the set not only singing, but also playing synth and percussion alongside the band's drummer. During the song 'Jenny', Walk The Moon had the whole crowd jumping and repeating the line, 'I'm not gonna take it from you, I'll let you give it to me'. The band seemed to have quite a big following, with a lot of the crowd singing the words and even those who didn't know who they were still enjoyed the performance and were up dancing and jumping. Their newer song 'Shut Up And Dance' was the most popular by far and, as expected, the whole crowd shut up and danced. After covering the Killers' 'All These Things That I Have Done', Walk The Moon closed with 'Anna Sun' - one of their most popular hits.

A motion picture introduced All Time Low and soon after they stormed on stage and started the set with 'Love Like War'. The whole stadium was on their feet, and when the band started 'Lost in Stereo', the crowd went crazy. Just four songs into the set, a woman had taken her top off, lead guitarist Jack Barakat had at least three bras dangling off of his mic stand and exclaimed that he had had 'sexual interactions with at least 30% of the crowd'. However, it seemed as though they were not aware of how young some of the children in the crowd were as their excessive sexual references, innuendos and statements started to cloud their performance. Nevertheless, the band had the whole crowd singing along. 'Weightless' was the highlight song of the night for them along with 'Therapy' which had the stadium lit up with people's phones. The band quickly noticed if the crowd started to get too rowdy and acted instantly when there was a casualty, ensuring the stewards helped get the young girl who was injured to safety. Having signed their first record deal in 2004 on Valentine's Day, the band welcomed a group of their fans in the crowd on stage with them during 'Timebomb' to show us all just how grateful they were for everyone's support over the years. 'Barakat' had the most energy of the whole set and although they all seemed to burn out a little towards the end, in their final song, well known hit 'Dear Maria (Count Me In)', they came storming back to life with full energy.

You Me At Six took a different approach when they came on stage. Entering in complete darkness and building up 'Room To Breathe', a track from their most recent album 'Cavalier Youth', the build-up combined with the multi-coloured pyrotechnics when the song dropped made the crowd go wild. The crowd that were standing surged forward and seemed to double in number when You Me At Six came on stage. Their set included songs off all three albums, but was mainly dominated by 'Sinners Never Sleep'. Circle pits were in abundance throughout the whole set and even the crowd that were seated were jumping around during 'Carpe Diem'. The first half of the set consisted mainly of their middle two albums 'Hold Me Down' and 'Sinners Never Sleep', while most of the second half was made up of songs from 'Cavalier Youth'. During 'Fireworks' and 'Crash', almost every person in the arena's hands were up and mobile phone light was shining which gave the stadium an atmosphere I'm sure You Me At Six will never forget. Josh Franceschi told the crowd, "Nights like this are rare and special for people like us." He also added that just a year ago it was a joke and a dream to play at the O2 Arena and there they were. Ending the show with popular song 'Lived A Lie', You Me At Six gave a passionate performance overall and put their hearts into giving London the best show they'd ever played. It's always good to see a band that has come from playing small bars to playing big arenas and having an international fan base, and You Me At Six proved why they deserved to be at the O2. 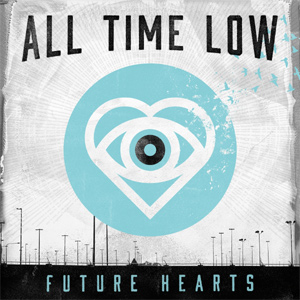