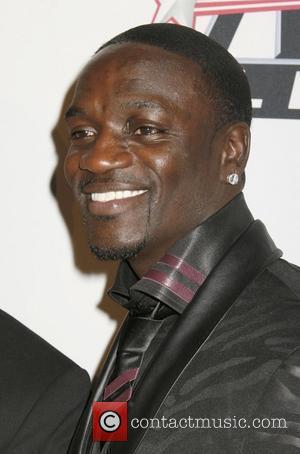 Akon is confused by reports linking the robbery of his in-house producer DETAIL to an alleged feud with rap mogul MARION 'SUGE' KNIGHT - because their dealings have always been "peaceful".
The producer's home in Van Nuys, California was raided by a group of armed men on Tuesday (24Mar09) night, with the thieves taking an estimated $300,000 (£205,480)-worth of items, including recording equipment, a top-of-the-range stereo and the keys to a Mercedes-Benz car.
Detail subsequently spoke to gossip website TMZ.com about the incident, reportedly claiming Knight was behind the ambush following a violent clash between him and a member of Akon's entourage in February (09).
Death Row Records founder Knight was allegedly assaulted by Robert Carnes, Jr., an associate of Akon's camp, following a heated argument at a party in Arizona during the NBA All-Star Weekend - an altercation which left the mogul needing hospital treatment for his injuries. Carnes, Jr. has since denied charges of assault.
And now Akon has spoken out about the robbery and Knight's alleged involvement, insisting he has been trying to get in touch with Detail to clarify the reports.
He tells MTV News, "I just got in from overseas... and all this news hit me at one time. He (Detail)'s actually a producer I signed recently. ... I couldn't get in contact with him to get the full story. I'm trying to find out the story from him before I can put it out on record."
Regarding his relationship with Knight, Akon says, "All I know, we always had peaceful conversations. I'm trying to figure out why it's escalating to this extent. We never had no problems."
But the Lonely hitmaker is confident the situation will be resolved amicably, adding: "All I can do is the right thing. Everything always works itself out."