Cynics rejoice, for your preconceptions about Capture are correct: 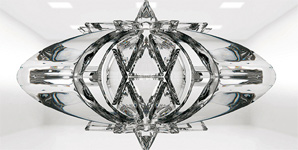 1. There are bits of it that sound like a techno version of River Dance.
2. The patchouli whiff of new ageism does indeed pervade throughout.
3. A lot of people with beards and sandals will definitely think it's 'Right on'.

Ok. Now you can all do one and go read the latest copy of 'being a dickhead's cool magazine', whilst the more open minded readers here at Contact Music can at least make up their own mind without being subjected to your prejudices.

Afro Celt Sound System is the brainwave of former jazz guitarist and producer Simon Emmerson, who founded the collective in 1995 after a Grammy nomination for his work on Babba Maal's Firin' in Fouta album. With outfits like Clannad and Deep Forest bringing the first threads of what could (very) loosely be termed 'World music' to mainstream audiences, Emmerson hit upon the concept of melding traditional gaelic folk melodies with those from the African sub-continent, before soldering the results to a contemporary dance chassis.

Five albums followed on Peter Gabriel's Real World label, along with a further Grammy nomination in 2000, before a hiatus beginning seven years later. Capture looks retrospectively across that quintet of releases, designed to keep fans happy before the delivery of a sixth sometime in 2011.

Credit must be due to Emmerson and his stable of multinational colleagues for remaining true to their original vision, one that makes them both largely unique in terms of sound whilst also eloquently tapping into a thirst for atmosphere way beyond the confines of twenty first century tastes in 'Pop'.

The two disc collection is split into work with vocal collaborators ('Verse') and instrumentals (Rather confusingly given the lack of words labelled 'Chorus'). Whilst the latter is long on Uilleann pipes and beatific moonlit jigs, it shouldn't be considered essential, bar the dreamily ambient Deep Channel and Hotel Rwanda soundtrack excerpt Chosen.

The real payoff comes however when Emmerson flexes his speed dial and lets other more well known artisans provide a vocal counterpoint to the shifting rhythmic patterns and textures ACSS skillfully weave. Sinead O' Connor adds her desolate soulfulness to Release, a lament to a lost former band member via words she wrote herself, whilst label boss Gabriel overcomes his apparent recent stagefright to perform a similarly effective job on When You're Falling.

Underlining his itinerant artistic path post Zep, Robert Plant also appears, adding a strangely melancholic ambience to Life Begin Again, whilst veteran Mancunian producers Rae & Christian give a stunning hip-hop-pop makeover to Persistence of Memory. Fascinating as these are, the undisputed thrills here though are derived from the African-influenced contributions. Further In Time simply glistens, a radically uplifting dancefloor hybrid similar in feel to Mory Kante's crossover club hit Yeke Yeke, whilst the eerily lilting Inion feels like smoke rising at dawn over a busy souq. A refugee from the Rwandan genocide of the early 90's, Dorothee Munyaneza adds her plaintive words to closer When I Still Needed You, a song which neatly illustrates what happens when the formula is successful, a hybrid on which ACSS make the whole exceed the sum of it's hugely diverse parts.

As with most double barrelled greatest songs compilations, you'll be left wandering if Capture couldn't have been distilled down into a stunning lone disc release. But listened to with an open mind, it's evident that ACCSS are worthy of higher recognition than being on Michael Flatley's iPod.