The show's casting director told The Huffington Post that she came very close to securing the former Beatle to play Ross's father-in-law.

An extraordinary piece of might-have-been casting news has emerged: the people behind the smash sitcom ‘Friends’ came close to getting Sir Paul McCartney to guest star in an episode!

In a new interview with The Huffington Post, the NBC show’s casting director Leslie Litt revealed that she tried extremely hard to get the ex-Beatle to star as Ross’ would-be father-in-law in a 1998 episode, but it conflicted too much with his recording and touring schedule for him to fit in. 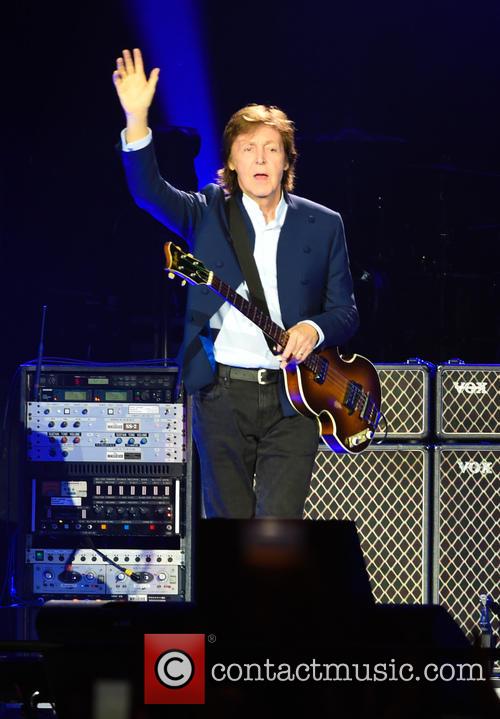 Paul McCartney was nearly in two episodes of 'Friends'!

You’ll surely remember the infamous episode (‘The One With Ross’s Wedding’), which saw the whole gang (except for a heavily pregnant Phoebe) pile on a plane to London and Ross blurt out the wrong name at the altar? Well, Sir Paul would have been in those episodes!

“I went through his manager and gave him all the details,” Litt told the website. “One day, someone in the office brought me a faxed letter written to me by Paul himself! He thanked me for my interest and said how flattered he was, but it was a very busy time for him.”

The role was eventually taken by Tom Conti, who played Emily’s father alongside Jennifer Saunders and who tries to extort a wine cellar and a repointed lawn out of Ross and Monica’s parents when the wedding all goes kaput.

‘Friends’ is possibly the most popular sitcom of all time, running on NBC for ten seasons from 1994 to 2004. More than a decade after its conclusion, it’s still regularly repeated on networks all over the world.

More: Scientific study concludes that hip-hop was more impactful than The Beatles on pop music