Pirates of the Caribbean: Dead Men Tell No Tales

Pirates of the Caribbean: Dead Men Tell No Tales Review

Subtitled Salazar's Revenge in the UK, this fifth film in the long-running series never quite gets its sea legs. With a waterlogged script and a startlingly murky production design, this is the first movie in the franchise that lacks a sense of swashbuckling merriment. It's lively enough to keep the audience watching, but it never quite makes any sense because any sensible details are lost amid the chaotic action sequences. 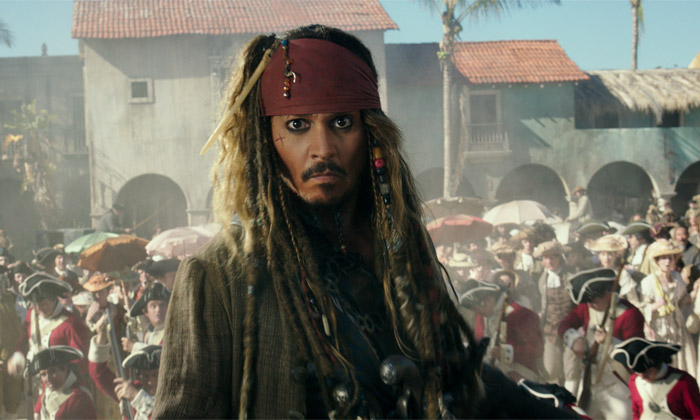 It opens with Henry (Brenton Thwaites), son of franchise veterans Will and Elizabeth (Orlando Bloom and Keira Knightley in cameos), who is on a quest to free his father from his watery imprisonment. For this he needs Poseidon's trident, which only Captain Jack Sparrow (Johnny Depp) can find with his magical compass. Except that Jack has swapped the compass to buy some whiskey. Then Will meets the feisty Carina (Kaya Scodelario), who's star-reading skills will come in handy. But the vengeful Salazar (Javier Bardem) is also after the compass and the trident, hoping to reverse his own ghostly curse. And as things heat up, Captain Barbossa (Geoffrey Rush) dives into the pursuit as well.

What follows is a series of set-pieces in which these various factions scuffle for control of people and artefacts that can lead them in their quests for power. They all talk incessantly about the elaborately complex mythology, but it never makes any sense why each person knows only fragments of the lore. And it's also not easy to hear what they're shouting amid the general chaos of yet another epically choreographed fight scene. Thankfully, the actors are hammy enough to stand out from the sea of digital effects that fill the screen. 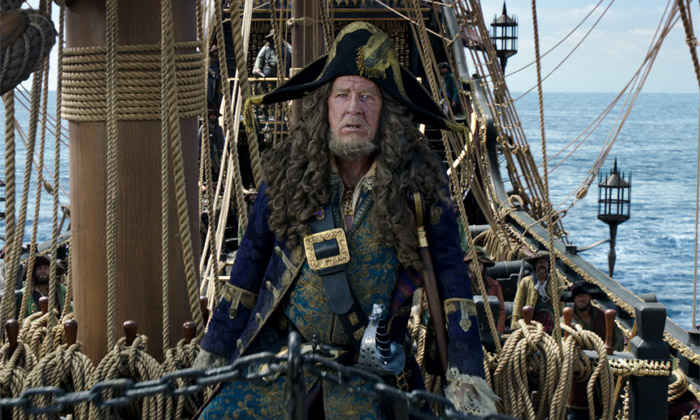 Captain Barbossa in Pirates of the Caribbean

Depp sleepwalks drunkenly through this film, offering only the occasional glimpse of the goofy charm that made this character so loveable in the first place. With a commanding presence, Bardem chomps madly on the scenery, even though he's little more than a artful blur of special effects. And Thwaites and Scodelario do what they can as the bland and snappy young lovers, respectively. This leaves Rush to steal the show, shining particularly in the final act. But by then the audience is merely hanging on, waiting for it to end. Every scene is so busy, overwrought with effects and overstuffed with people, that it all becomes a deafening hum. The gleeful cheekiness of the first four films is replaced with moments of silliness peppered amongst the dark violence. There is some wit here and there, but is it enough to make us come back for more?

Watch the trailer and a featurette for Pirates of the Caribbean: Dead Men Tell No Tales: 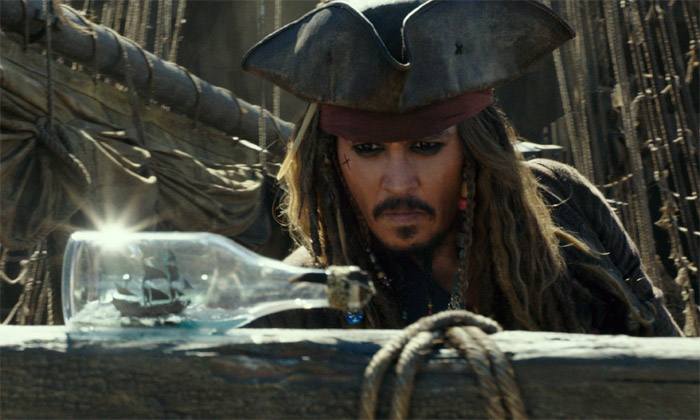 Captain Jack Sparrow in Pirates Of The Caribbean 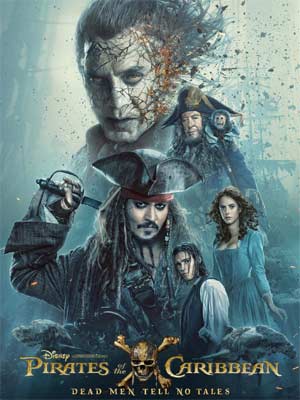