Samuel L Jackson Drops The F-Bomb On US Voters: ‘Wake The F*ck Up’ 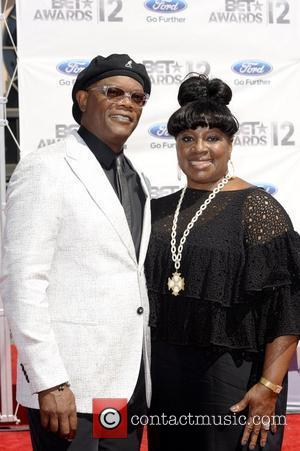 Samuel L Jackson has a video message for US voters. And it’s riddled with F-words. In the bizarre video, which starts out like a children’s bedtime story animation, Samuel L Jackson tells the voting public of the USA to ‘Wake the F*** Up!’ The video’s sponsored by the Jewish Council for Education & Research and features a whole bunch of F-bombs from the Shaft actor, 63.

A staunch supporter of President Barack Obama, Samuel L Jackson made the video to encourage the voting public to go out and vote for the country’s current president. The link has already started to creep around the internet and no doubt his 1.5 million Twitter followers will be passing the link around soon, even if he hasn’t posted it himself just yet. One part of the video, which is told in the form of a rhyme, says “Sorry my friends, but there's no time to snore . An out-of-touch millionaire just declared war.  On school, the environment, unions, fair pay.  We're all on our own if Romney has his way.  And he's against safety nets, if you fall, tough luck. So I strongly suggest that you wake the f--- up.”

In the clip, a young girl recalls the last election and tries to wake her parents into voting for Obama – with the help of Samuel L Jackson, wearing one of his trademark Kangol berets. It’s worth watching, even if you can’t vote in the US elections, for the awesome rhyming couplet: “fact-duckers / mother f***ers.” Strong work from the script writer, there.