TLC have criticised Rihanna for appearing in a see through dress at the CFDA awards on Monday (2nd June).

Rihanna has responded to TLC's comments about her brazen and bare breasted appearance at Monday (2nd June) night's CFDA awards. 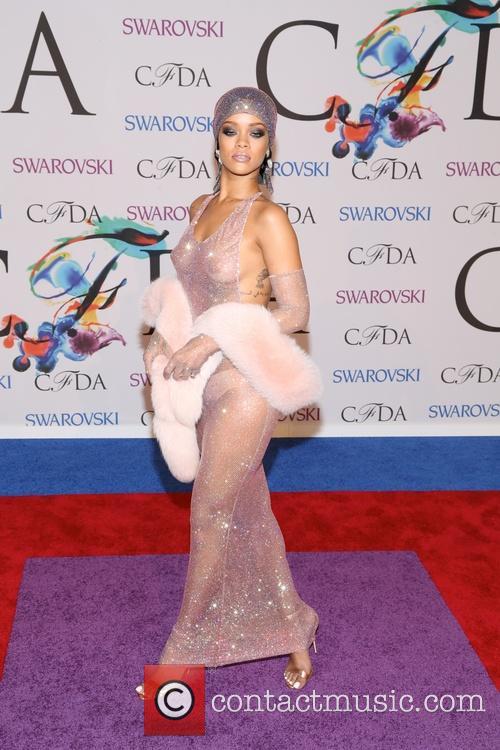 The 26-year-old appeared wearing a lilac coloured, embellished dress which left very little to the imagination. The dress was see-through ensuring everyone (including the awaiting paparazzi) got a good look at Rihanna's backside and breasts. Her little modestly was protected by a tiny pair of knickers and a small fur stole.

Read More: Rihanna Is Cool With Family Guy's Jab At Her Fashion Choices.

Rihanna's dress and matching hat certainly caused a sensation with many publications and her own fans commenting on her daring fashion decision. Those who commented included girl group TLC, consisting of Tionne 'T-Boz' Watkins and Rozonda 'Chilli' Thomas. As MTV reports, the pair recently spoke to an Australian journalist ahead of their Sydney concert. When asked about Rihanna's appearances, the group stated they had never resorted to taking their clothes off and had been highly successful.

44-year-old T-Boz addressed Rihanna saying "Every time I see you, you don't have to be naked. It's hard for us to say anything because any time we do, they say, 'Oh TLC must be jealous', but I call a spade a spade." 43-year-old Chilli also made a comment, stating "We became the biggest selling girl group of all time with our clothes on and that says a lot. We could go around too with booby cakes out all day long."

TLC have spoken out against Rihanna's fashion choice.

Rihanna's fashion choice was in honour of the late Josephine Baker whose birthday was the following day. The 20's starlet frequently sported daring attire and this was one of the reasons some fashion editors chose to praise Rihanna's unconventional attire. Rihanna celebrated Baker's birthday and tweeted "Happy birthday to the late Josephine Baker! You have and will continue to inspire us women for decades to come!" She also attached a picture of Baker alongside her costume for the CFDA awards.

Happy birthday to the late Josephine Baker! You have and will continue to inspire us women for decades to come! pic.twitter.com/VVizGnvoen