A sharp script and especially colourful imagery make this animated romp a lot more fun than expected, entertaining grown-ups just as much as the kids. It may be the usual frantic action comedy, but there's an edge to the humour and a continual stream of knowing gags and witty references that keep us laughing. As a result, the busy plot is surprisingly involving, and the action scenes are genuinely thrilling. 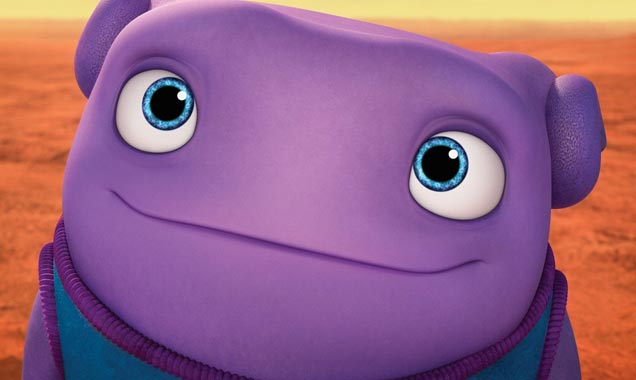 It opens in outer space with the Boov, a race of blobby creatures that are only good at one thing: running away from their sworn enemy the Gorg. Their leader Captain Smek (Steve Martin) has selected Earth as their next hiding place, so they swoop in and corral mankind into Happy Humantowns in the Australian Outback while the Boov occupy the cities, hilariously trying to make sense of everything they find there. But a Boov named Oh (Jim Parsons) sticks out from the hive-like community. Friendlier and more curious than he should be, he inadvertently alerts the Gorg to their location. So he goes on the run, meeting up with the human teen girl Tip (Rihanna), who has managed to hide out with her chubby cat Pig and now wants to find her mother (Jennifer Lopez). Pursued by Smek and top cop Kyle (Matt Jones), Oh and Tip must dart around the globe to solve both of their predicaments.

Based on Adam Rex's novel The True Meaning of Smekday, the story is packed with lively twists and turns, and the filmmakers bring it to life with energy, humour and some real emotion. The animators pull out all the stops as they play with outrageous colours and eye-catching action, while the Boov's ability to selectively control gravity adds plenty of scope for additional mayhem. For example, Oh and Tip travel the globe in a car that Oh soups up Back to the Future-style so they can fly to Boov central command in Paris and then on to Australia. These kinds of knowing film references flit across the screen all the way through their adventure.

Most importantly, none of this distracts from the central story and characters, so the movie is unusually involving. Parsons and Rihanna bring a lot of soul to Oh and Tip, so we can vividly feel their yearning for acceptance and security, respectively. And their tetchy cross-species friendship is a lot of fun too, as both characters refuse to do what's expected of them. Their fierce independence and fresh way of looking at everything they encounter gives the film an extra layer of meaning that adds to the fun, offering a strong message about acceptance without ever preaching it. 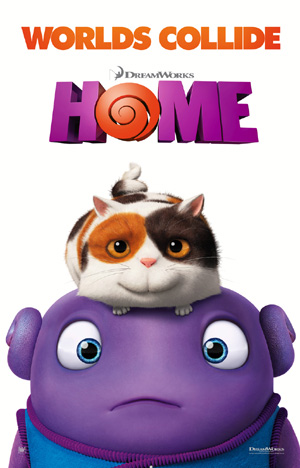